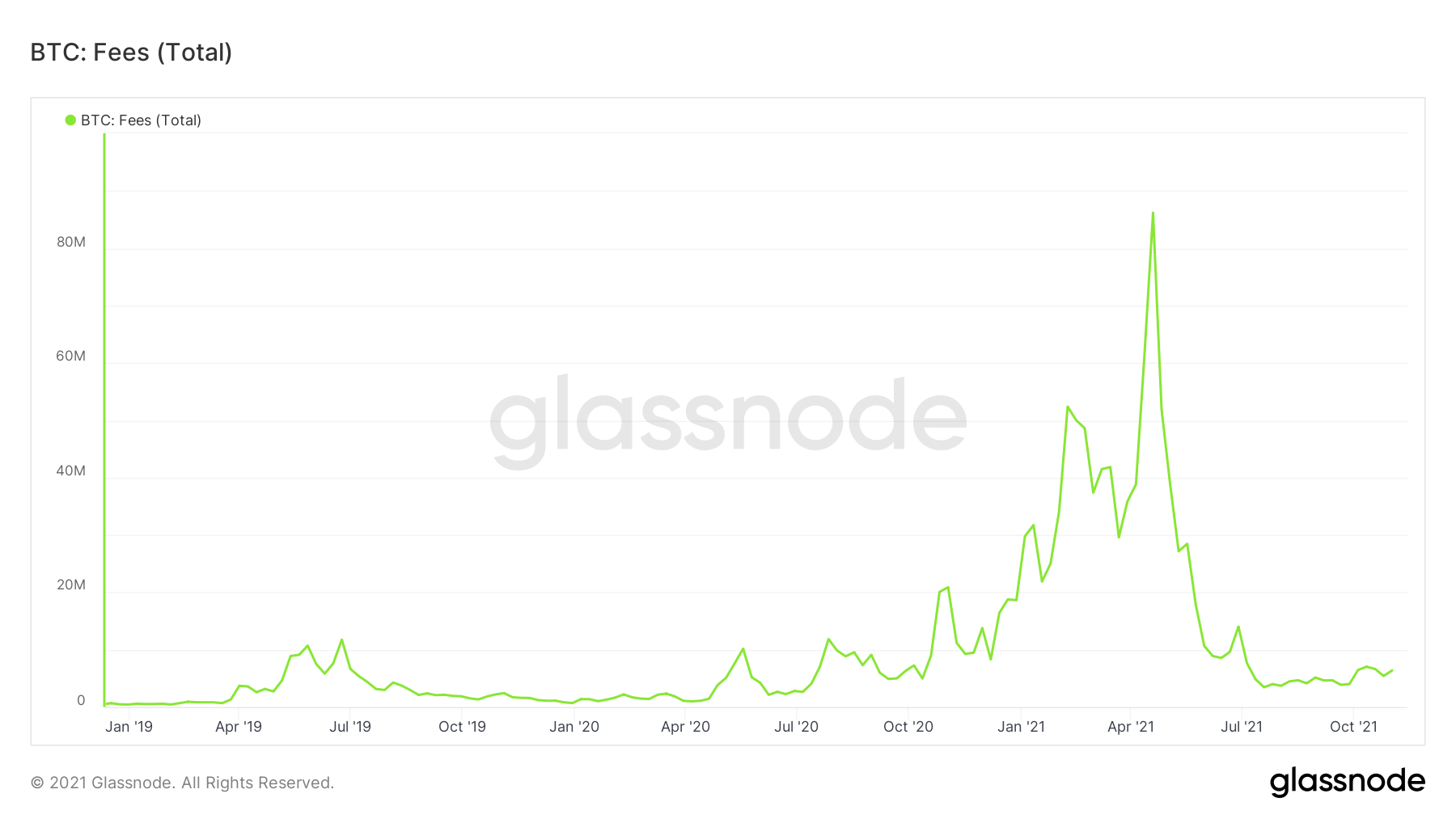 Welcome to the second metric that Bitcoin investors should be tracking. The metric we will discuss today is “Daily Total Transaction Fees”.

If you missed the first metric, you can read it here.

Before we get into the charts, let me first explain what a Bitcoin transaction fee is. As Lyn Alden says, Bitcoin is a foundational payment network. If you think about Visa, it is a secondary settlement layer because it operates on top of the foundational layer of merchant banks and other systems. Meaning, Visa needs the foundation in order to work. Bitcoin only needs itself since it settles its own transactions and secures the network.

Now, how does a transaction work on Bitcoin? If person A wants to send BTC to person B, they must get person B’s public key associated with their Bitcoin digital wallet. Person A then inputs the public key in their digital wallet and sends the Bitcoin. That transaction can be tracked in real-time. The process is much easier from a more traditional wire transfer as anyone can do it anywhere with an internet connection without needing any intermediary. Bitcoin can be sent anywhere in the world within minutes, in as big of an amount as you like, with minimal fees.

Miners are the ones that earn revenue on the Bitcoin network. In exchange for running Bitcoin mining software which comes with expenses such as equipment and energy costs, miners are paid new Bitcoin entering the market plus transaction fees. The new Bitcoin entering the market is part of Bitcoins coded monetary system and the transaction fees are paid by the person sending the BTC to use the network.

Now that you understand what and how Bitcoin transaction fees are and work, let’s take a look at the amount of fees paid on the Bitcoin network from 2019.

As you can see the amount of fees that Bitcoin generates fluctuates but is in a healthy trend. Now, when someone tells you that know one uses Bitcoin you can mention that it does millions of dollars in fees a year. And it’s only 10 years old.

Let’s take a look at transaction fees over the lifetime of Bitcoin.

As you can see Bitcoin hit an all time high at over $100 million in fees during its 2017/18 parabolic run. Bitcoin is currently at all time highs in price, however fees are relatively stable from the huge uptrend back in April/May. This could be a sign that Bitcoin price still has a lot more upward trend left.