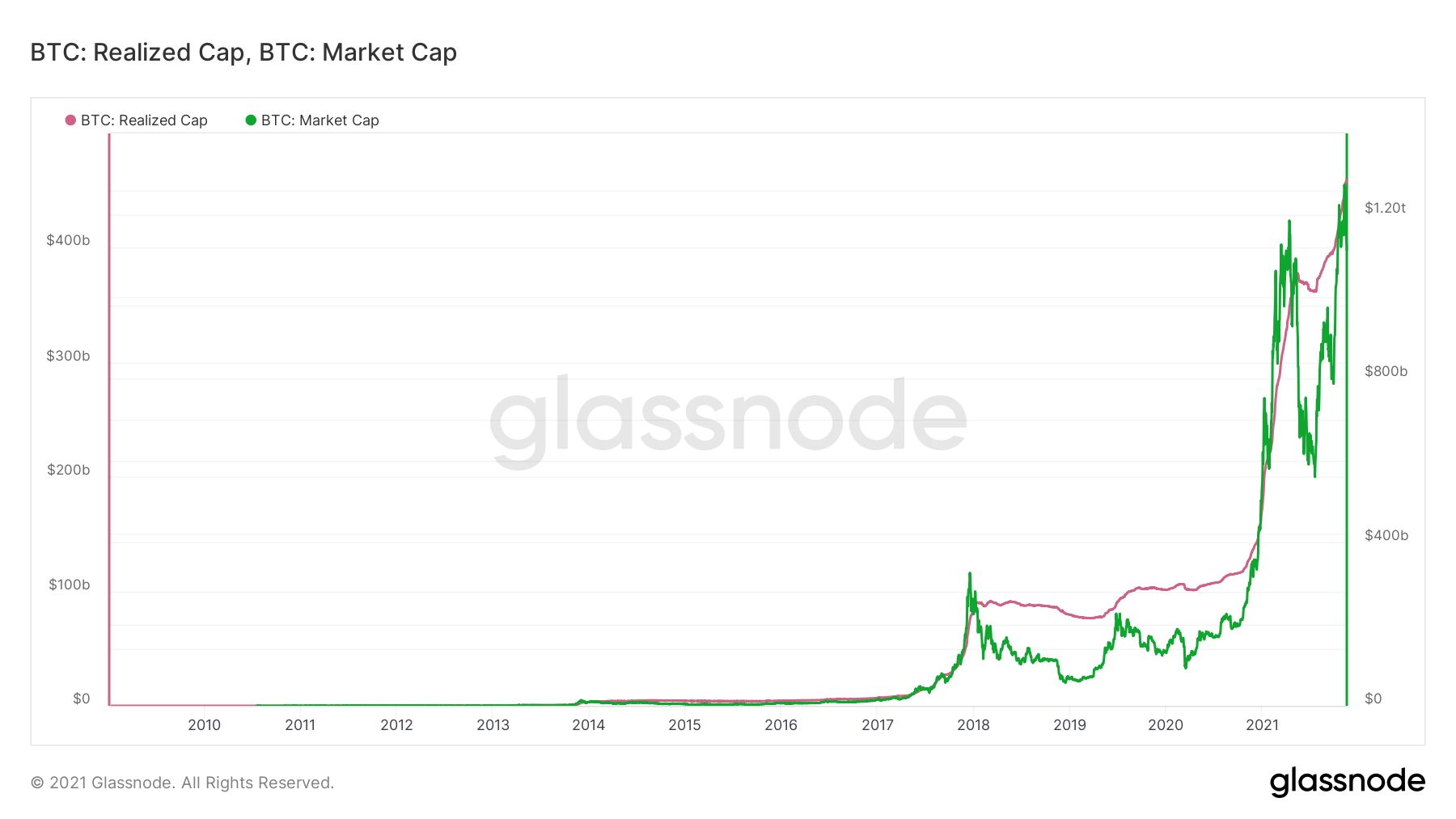 Welcome to the sixth metric that Bitcoin investors should be tracking. The metric we will discuss in todays article is “Realized Cap”.

If you missed the fifth metric, you can read it here.

Likely, you’re aware of the term ‘market cap’, meaning the price of the asset multiplied by the number of shares (or in this case coins). Currently, Bitcoins market cap is over $1 trillion. However, when it comes to Bitcoin, many analysts prefer to use ‘realized cap’ as a better measure of the network.

So what is realized cap?

For example, one Bitcoin is sent to another wallet address while the price is at $10,000. One year goes by and that Bitcoin has not moved but the price of Bitcoin has risen to $15,000. Using realized cap, that Bitcoin is valued at $10,000. This is a simple explanation for it. If you want to learn about realized cap in more depth check out this article by Coinmetrics.

The reason realized cap is a better indication of the networks value then market cap is because it reduces the impact of lost coins and gives us a cost basis for all BTC holders. As we know, sending Bitcoin to a wrong address or losing the private key results in those Bitcoin being lost forever. It is estimated that 4 million Bitcoin are actually lost. As well, Bitcoins creator Satoshi Nakamoto, has 1 million Bitcoin that have not moved since its creation. This supply is still factored into the market cap at Bitcoins current price. With realized cap we give it a more appropriate value which in turn impacts the economic value less.

Here is a chart of realized cap compared to market cap.

As you can see realized cap is considerably less than market cap, especially during major price increases since most large holders have purchased their Bitcoin at much lower prices and have not moved them.

The above is another interesting chart which shows the percent of UTXO’s in profit. Currently, pretty much every single one is in profit as Bitcoins price approaches all-time highs. Another contribution to market cap being much larger than realized cap.

Realized cap gives us a better economic value of the Bitcoin network, an important factor to consider when investing.