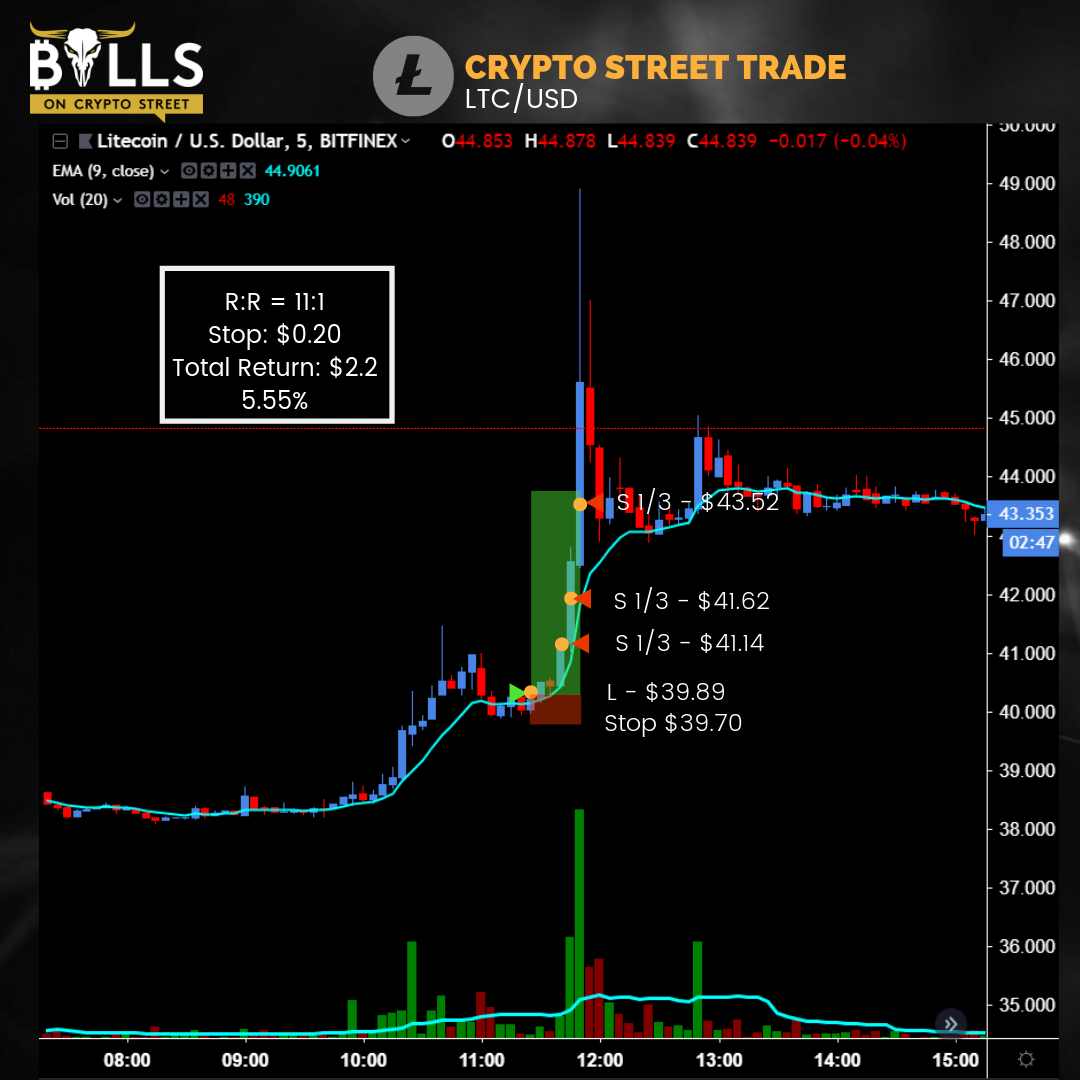 Last week saw the strongest rally in the crypto markets since late 2018. Bitcoin ripped about 10% in just a few hours on 2/8, along with many other altcoins. Litecoin in particular made a monster move on Friday, running from $33 to about $44 intraday as well. We had a great day trade on Litecoin that day in our Cryptostreet chatroom. Today we are going to break it down so you can capitalize on these types of moves in the future:

LTC’s daily chart has been range bound for most of the last month. It has been bouncing around between the $30 support and $34 resistance level, and on Friday we broke out over it and got a monster rip. We have talked a lot in the past about the importance of range contraction before a major market move.

Cryptos get their power from consolidation and basing. Litecoin was basing for almost a month, and had no significant nearby resistance levels once it broke out from its range, resulting in this big squeeze.  This is what put it on my radar when I woke up on Friday.

The original push in LTC took place at about 3:45 AM EST on Friday, so most people on the Eastern time zone would have missed that. LTC started to flag bullishly after this early push to the $37’s, and when I saw this I immediately put it on watch for the day.

It had a great buy opportunity at around 10 AM when it broke out of this flag pattern, but unfortunately I was focusing on some stocks I was trading at the time and missed it. Luckily I caught a piece on the next pullback.

Once I saw that the flag breakout was holding, I was on watch for a pullback for an entry. I got in right after the quick pullback at around 11:30 AM: 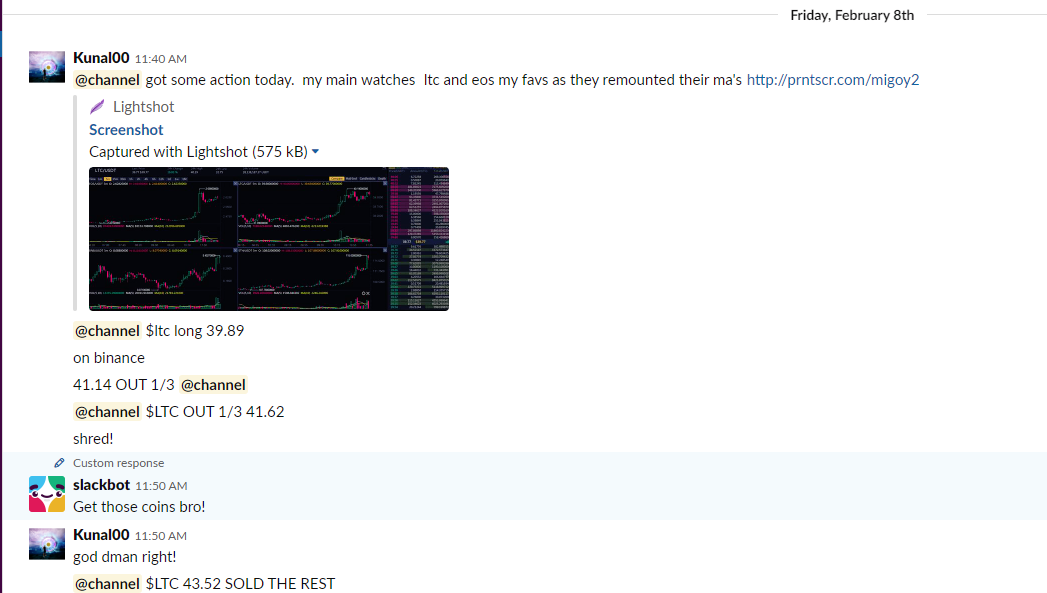 I unfortunately sold a bit early. There was some daily resistance between $41-$42 which made me want to play it safe and unload some shares, and it was already up over 20% on the day at the time. Was not expecting it to go as far as it did. I held a 1/3 of my position until $43.52, but I left a lot on the table.

This trade is a good example of why I like to scale out of my positions. No one really knows how far a crypto will go, and scaling allows you take profit into strength. If Litecoin had reversed after going to $42 and I hadn’t sold any, I would have been even more mad about that than leaving money on the table.