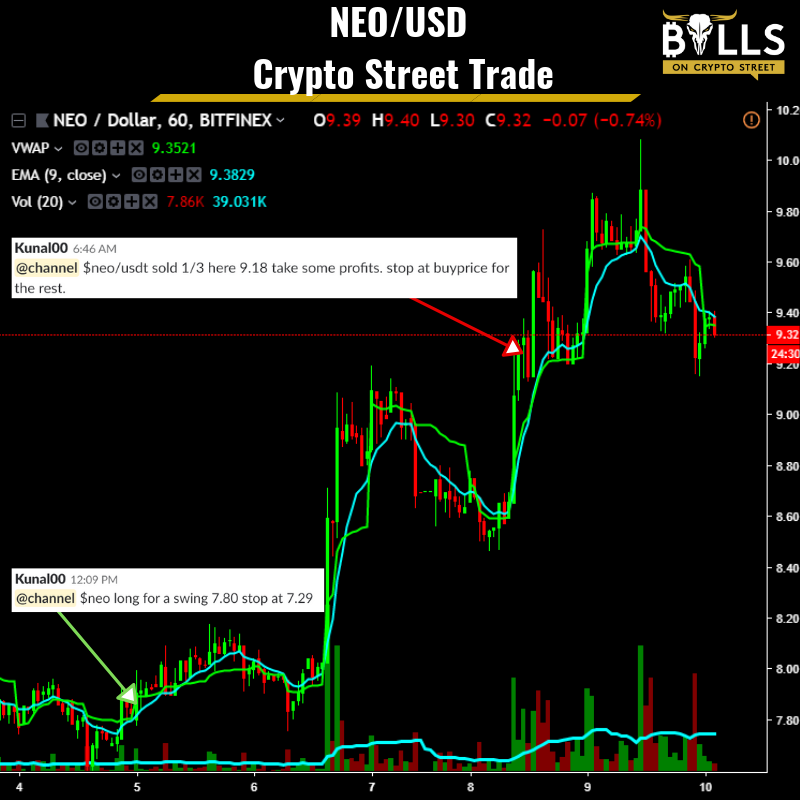 We have seen great strength in the crypto markets to start 2019. Bitcoin for the first time in many months is starting to base and grind higher. Bounces are no longer getting faded, and we are starting to see signs of strength in some of the major altcoins.

We recently capitalized on the momentum in the markets with a nice swing trade on NEO in our Cryptostreet chatroom. It has been months since we have been able to take a long setup besides an oversold bounce play. Hopefully the uptrend will continue into the rest of the year. Here’s a recap of our NEO trade: 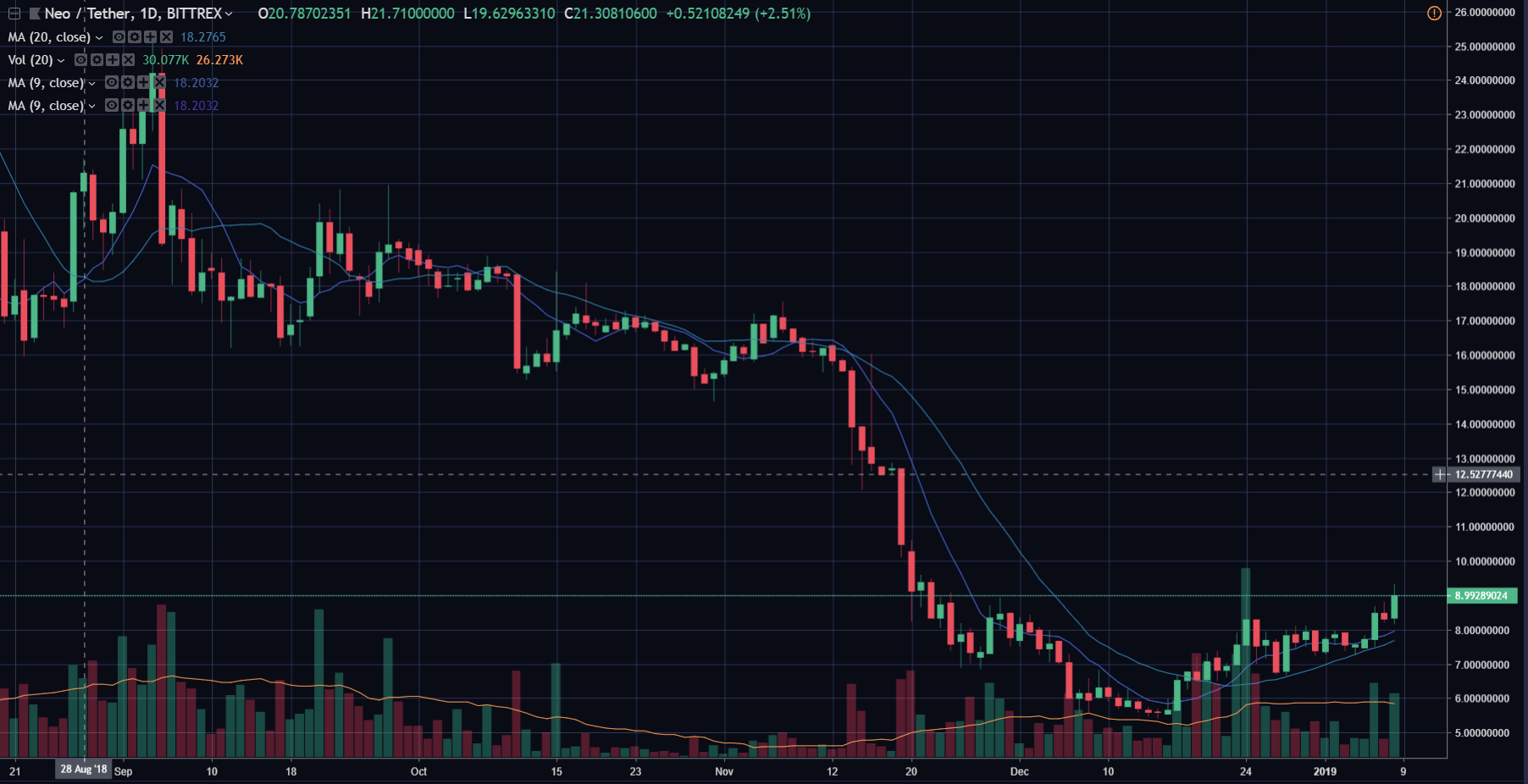 The NEO daily is showing signs of a short-term bottoming formation. It has gotten hammered the last several months, and has not seen any meaningful bounce since dumping to the single digits. We finally saw a rally in the middle of December, and have been bull flagging since the big push on Christmas Eve to the $9 level.

Cannot emphasize enough the importance of paying attention to range contraction. So many huge moves in the market are preceded by periods of range contraction on the higher time frames. That is exactly what we have been seeing with NEO the past couple weeks. Ever since we pulled back from the first big run right before Christmas, we have been holding higher lows, and the range has slowly been tightening. This plus the multiple taps of the $8 short term resistance level put it on my radar for a swing trade to start the year.

After we held the second test of the of the recent $7.25 support level, my plan was to get long anticipation of the $8 break, and put my stop around that support level. Here’s a screenshot of entry with some commentary on the setup:

This morning we got the pop towards the $9 resistance area from the recent push, so I took some profits on the spike:

As I’m writing this, NEO is showing still showing signs of strength, and possibly confirming the breakout over the $9 resistance level. This has a lot of room to run, and I’m still holding 2/3 of my original position. $10 looks like the next stop in the upcoming days.

Bitcoin is also showing signs of strength, and looks set to breakout as well. This is promising for NEO and other altcoins, and will hopefully bring some more momentum back into other altcoins. If the breakout fails, I’m not worried. I’ve locked in profits, and the worse case scenario I stop the rest of my shares breakeven. Some other altcoins I’m watching at the moment are BNB and QTUM. Both are setting up with a similar pattern NEO, and look set to have some upside coming this week.