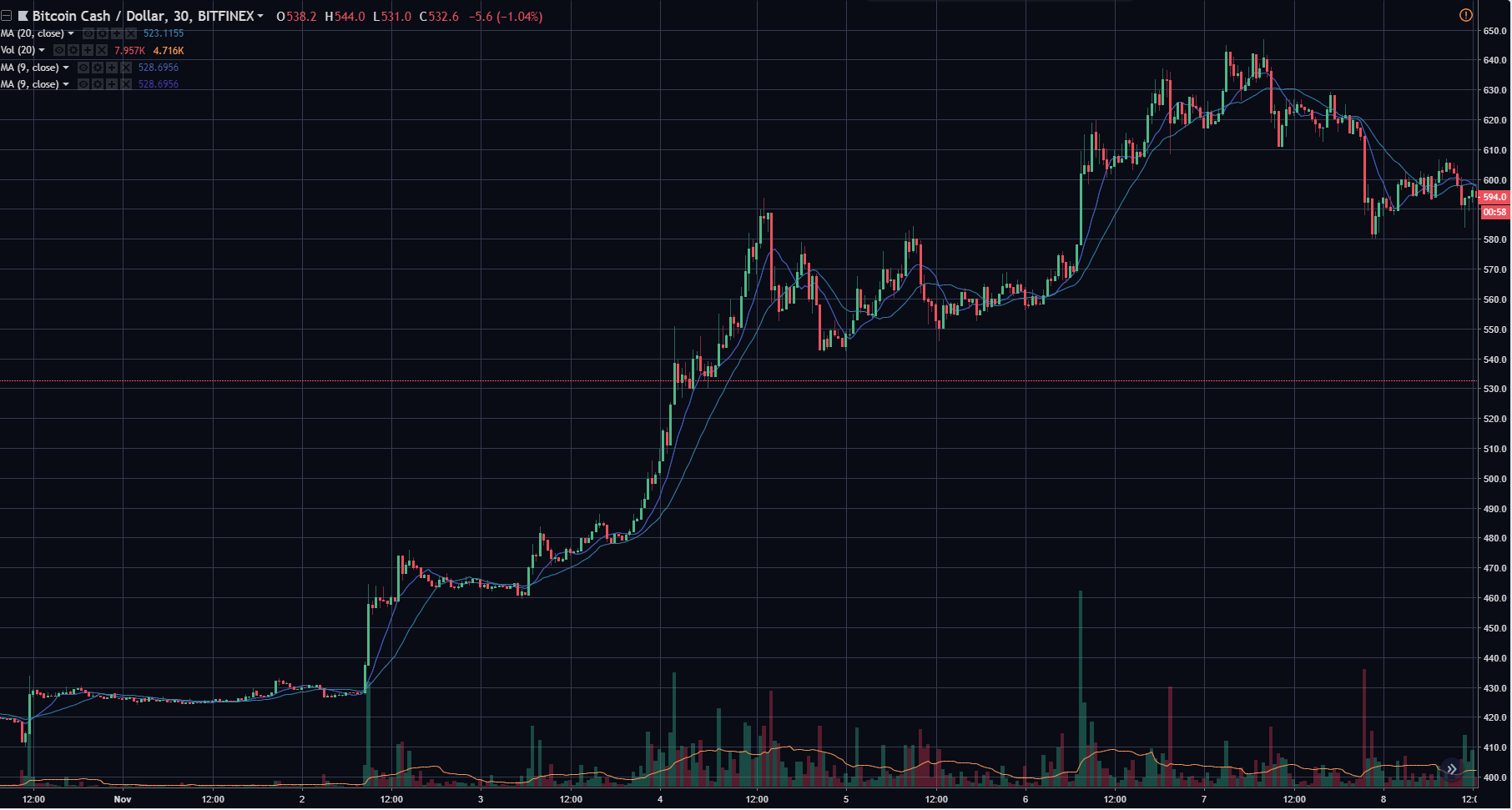 Bitcoin Cash has gone on a huge run in the past week in response to the news surrounding its next fork on November 15th. The run started when Binance announced they would support the fork, and then had more momentum come into as more exchanges announced they would support it as well. It ran over $200 in just 5 days in reaction to the news. Let’s talk about what the fork will do, and how you should trade the crypto around the event:

What Will the Fork Do?

Bitcoin Cash undergoes a hard fork around twice a year to integrate scheduled protocol updates. Bitcoin cash came into existence last year in August after a fork in an attempt to resolve scalability issues with Bitcoin. But this time is a little bit different. These are the two main expected changes:

However, the fork on November 15th also could result in two seperate blockchains, and there is a lot of uncertainty and controversy around the future of Bitcoin Cash. This means you do not want to be transacting now, soon before the fork, or for a few days after the fork with Bitcoin Cash.

It is a good idea to let things settle in case a different chain besides the Bitcoin ABC chain becomes dominant. If you don’t transact with BCH during this period, you will avoid the risk of losing your coins. There is still uncertainty of what will happen as a result of the fork, so best to play at safe and not take the risk. This will also protect you from replay attacks. 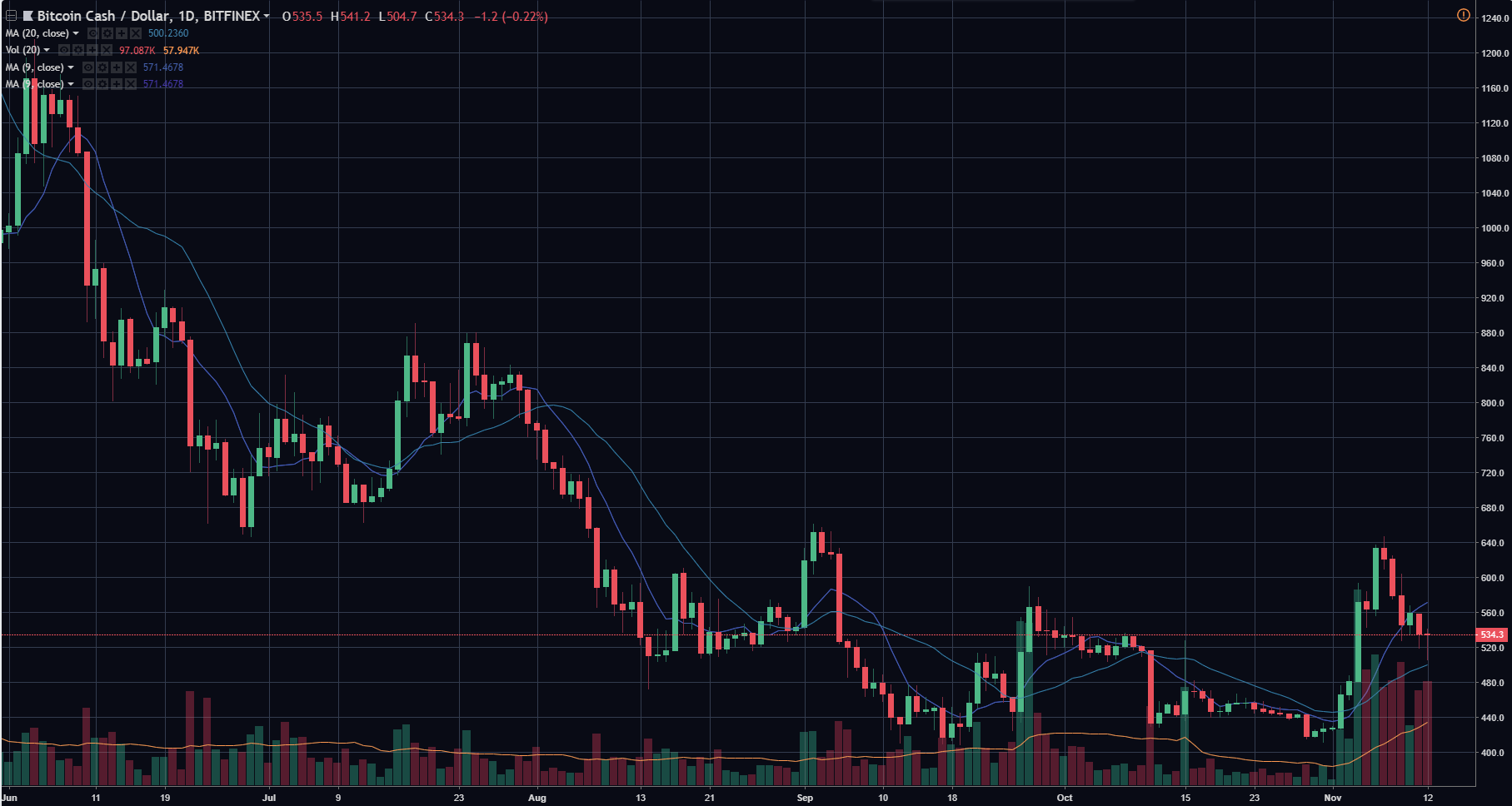 We took a nice trade on BCH during its run up in the Cryptostreet chatroom. Here’s a screenshot of the entries and exits we took:

We had a nice period of consolidation on the 30-minute time frame of BCH after its first push on its daily towards $600. We didn’t want to chase the first push so we waited for a pullback for a quick day trade. Once we got that inside day on the daily time-frame we were on watch for a setup on the lower time frames for an entry for a quick trade. We left some money on the table, but it is hard to expect it to go much further, having gone on a big run already. We do not recommend trading this during and immediately after the fork, for the reasons we discussed above. I think we may see one more pump before the fork occurs over the next couple days.