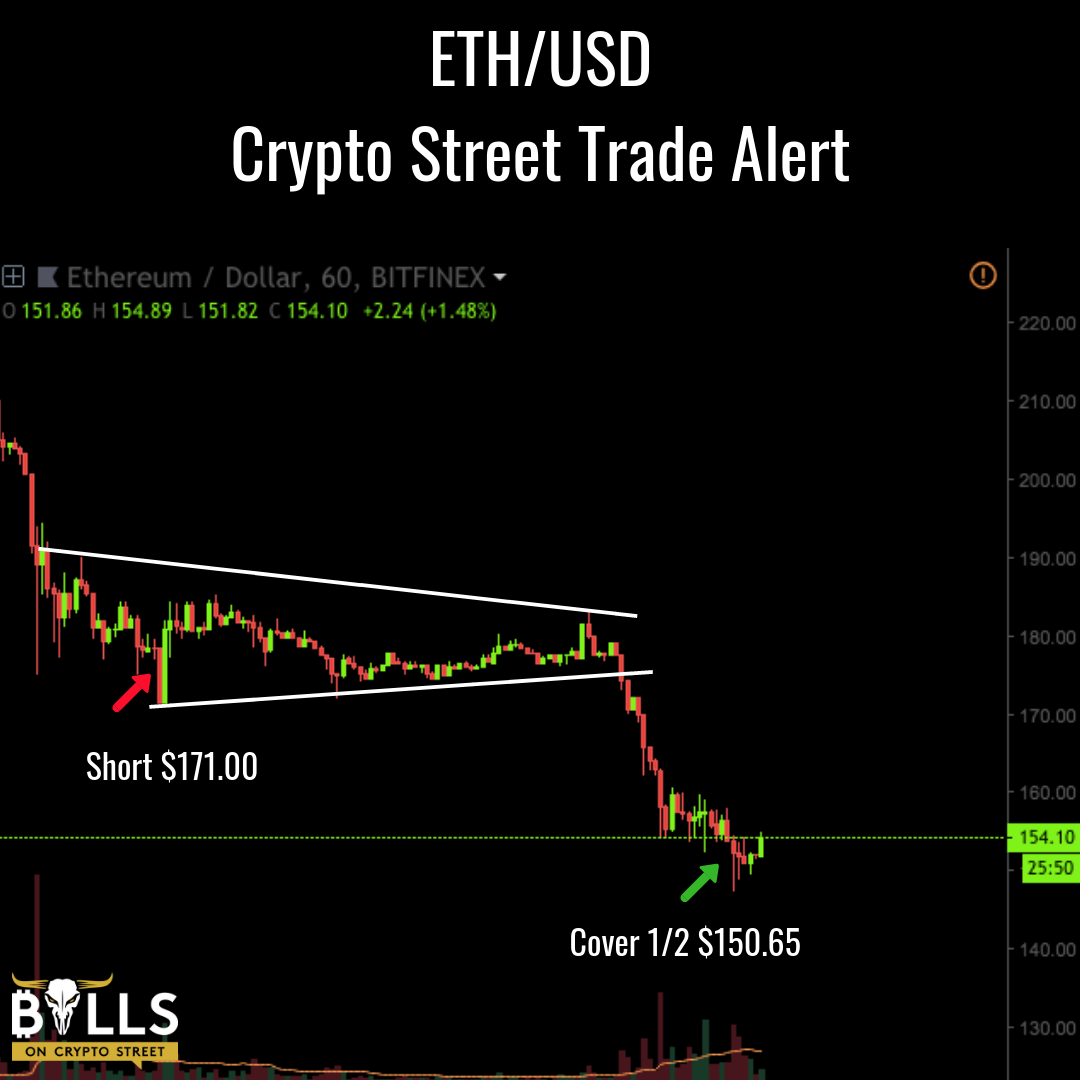 Significant weakness has entered the crypto markets in the last couple weeks. Bitcoin finally lost its $6K support area, and it has tumbled all the way down to the low 4000’s. It has brought down many alts like Ethereum with it. We shorted ETH to capitalize on the market weakness and now we are going to break down the trade for you.

In times of market weakness, it is useful to master short selling so you can profit when the crypto markets are rolling over. There is no money to be made in the markets in these conditions by going long. Let’s start by looking at the daily chart, and then we will break down the short we took on Ethereum a few days ago.

Ethereum has been in a long period of bearish consolidation for the past 3 months. It has essentially been bear flagging on its daily chart ever since it dumped from $300 to the $160’s back in September. It made several attempts to pop during this period, and every time these moves were sold into hard. There was a ton of supply building up, and Bitcoin breaking a key support level was the catalyst that ignited the breakdown in ETH.

Once we got that big dump to the 180’s on 11/14 and started to form another mini bear flag over the $167  level, it was on the top of my watchlist for a short. This support level was the only significant support level left to hold ETH up. I knew once it got taken out it would have a big move to the downside. Here’s what ETH looked like intraday at the time I took my first short on it:

Here is what the intraday chart looked like. I was in a little early, but I was patient and stayed in and waited for the big flush. Here are screenshots from the Cryptostreet chatroom of my entry and exit: 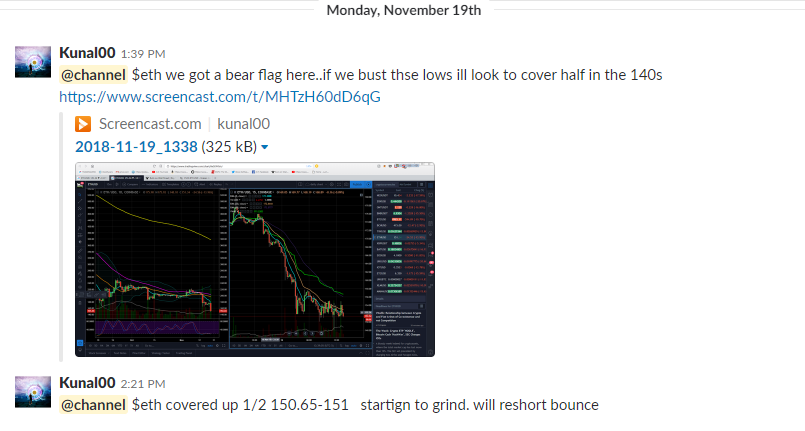 Cryptos take time to make the big moves. You are rarely going to get a 10%-20% move downwards in just a few hours. You can see how I held my Ethereum short for almost 4 days before taking my first cover. When you put on a position do not expect the market to make a big move a few minutes after you enter. I expect that there will be a bounce play coming in ETH in the upcoming since we got such a big move to the downside in a short period of time. But there is still a ways to go before we will see a long-term bottom in the crypto markets.