Bitcoin bulls have been getting crushed the past couple weeks. BTC finally lost the $6,000 support area convincingly on November 17th. We have had a major pullback, hitting a low in the $3600’s yesterday on November 25th. We have shown no signs of slowing, and it seems like new lows will be coming before the end of the year.

So when will Bitcoin find a bottom? And at what price? Let’s start by looking at a history of declines in Bitcoin to see what has happened in past scenarios: 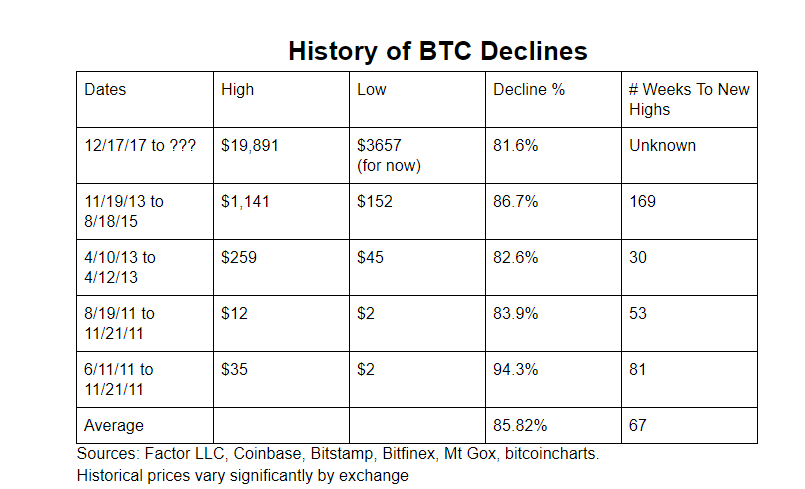 Keep in mind all numbers in the table above are approximations. But here are the implications: We are likely close to a long term bottom, but it will be a while before we hit new highs. Due to the low sample size and high variance in the data, it is hard to draw definitive conclusions about when exactly Bitcoin will hit new highs.

If it took as long as it did during the last major crash in 2013 to hit new highs, it would be about late 2020 or early 2021 when we would get back to the $20K level. There is still a lot of regulatory uncertainty that needs to be resolved that will affect the value of BTC. Something to note is that the 85.82% decline from the $19,891 high is about $2821. Not saying this is the bottom, but this gives you an idea of an area where it could be. 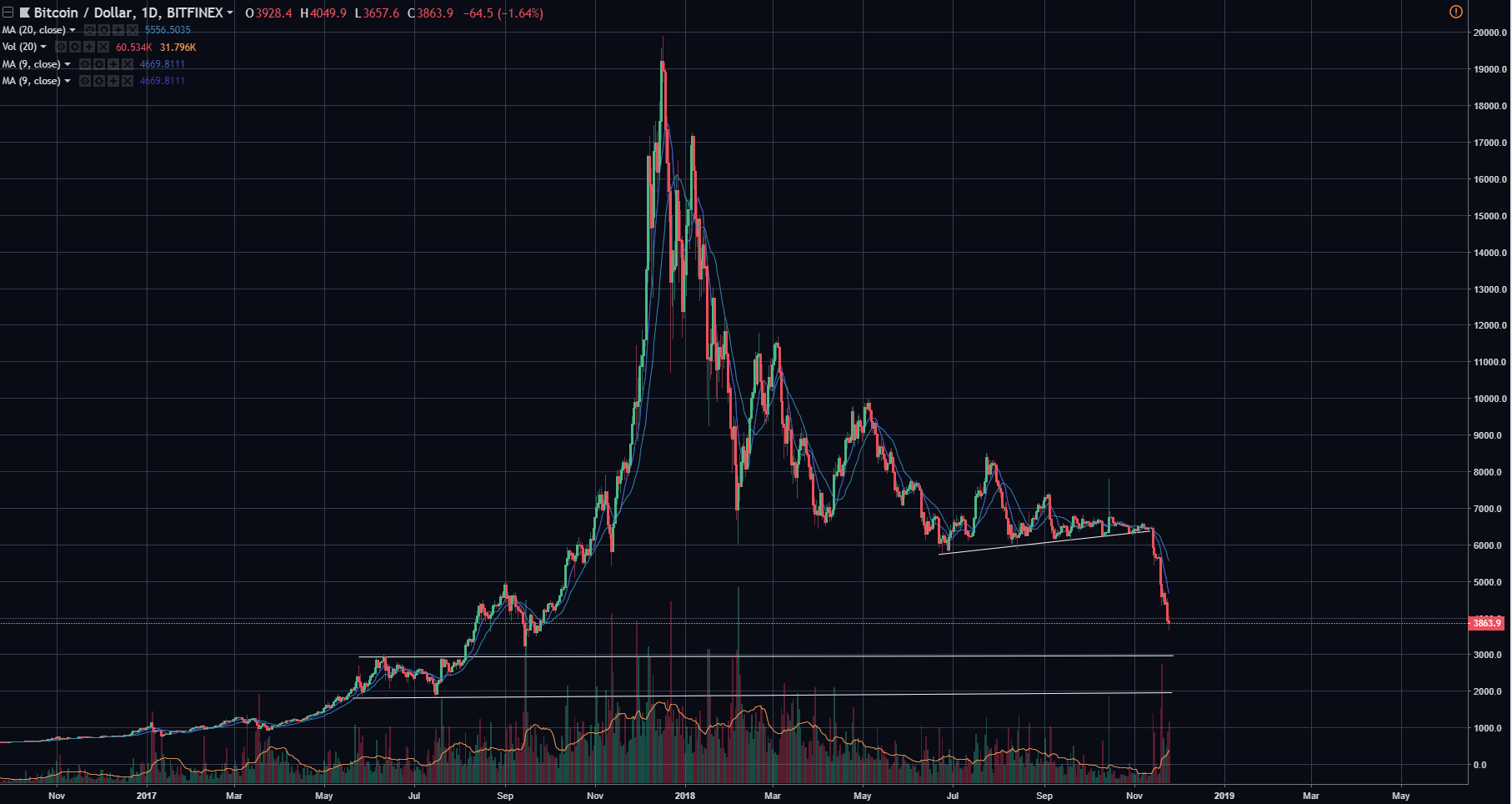 The major nearby support areas on the daily chart are the $3000 level, and the $1800 area. $3000 was a major resistance level last year, with 3 major tests before breaking out. Resistance will often turn into support in cryptos, so it would not surprise if that area held in the long run.