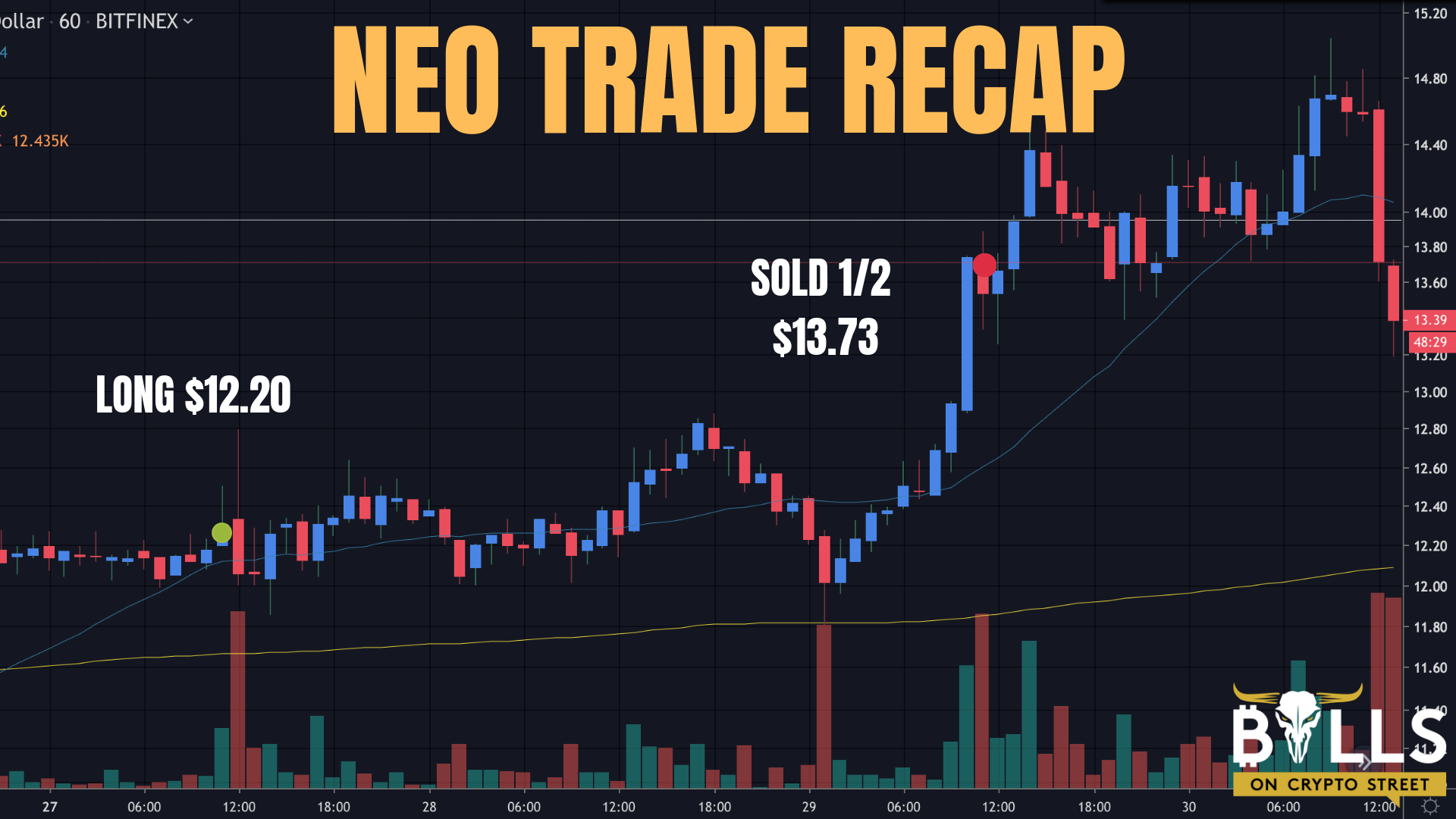 Been a busy week in the crypto markets! Many major breakouts in the past few weeks in BTC, ETH, EOS, LTC, and many other alts. It has been a great period for day trades and swing trades.

NEO has been our radar for a while. Unlike BTC, ETH, and other major altcoins, NEO has yet to really get some legs and breakout. You can see on its daily below that it is poised nicely for a breakout at $14: 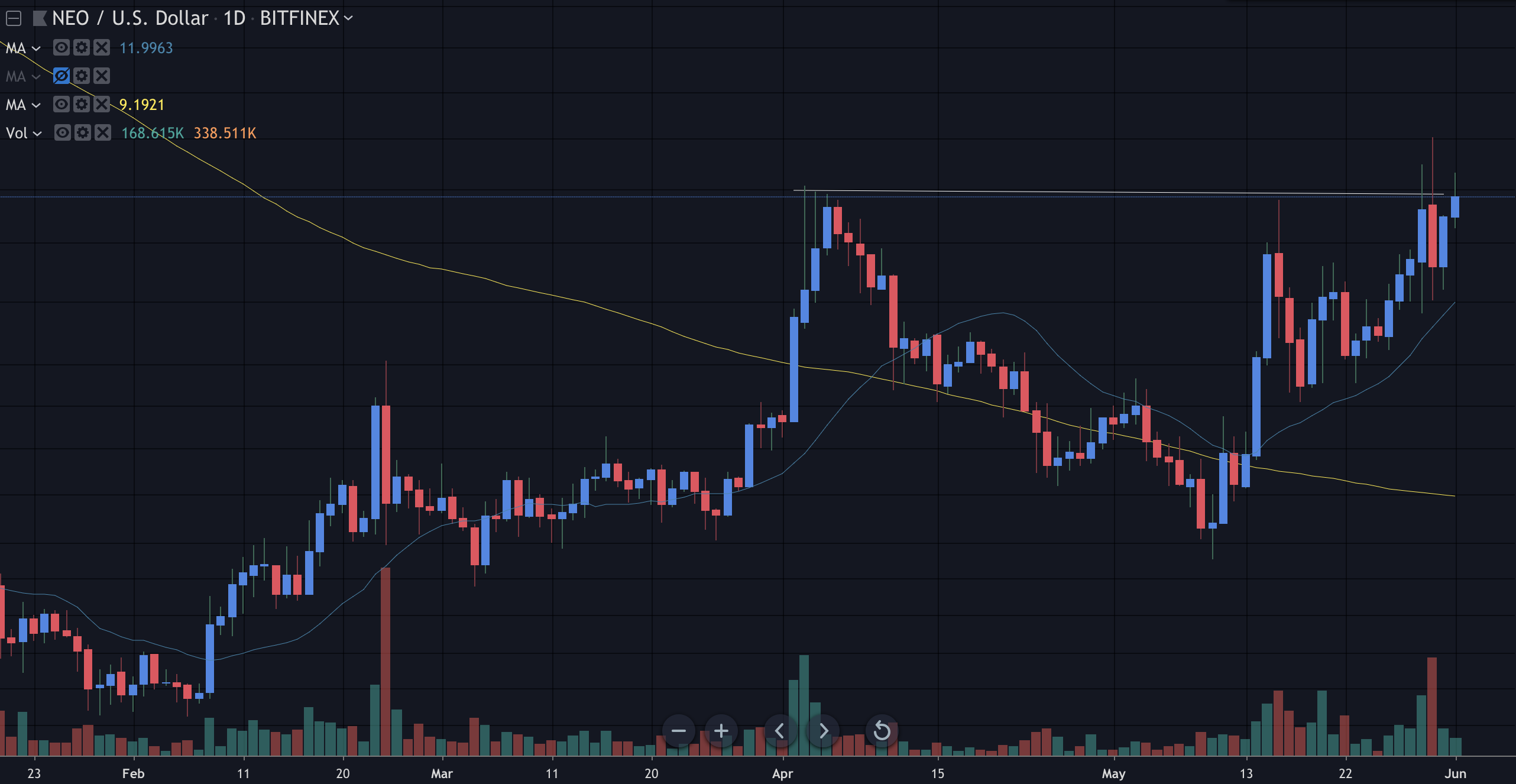 The second test of $14 and the gentle pullback after put NEO on my radar In mid-May. We started forming a nice flag over $10, indicating that buyers were preparing to enter the market. I was on watch for a swing entry to anticipate the daily break out. 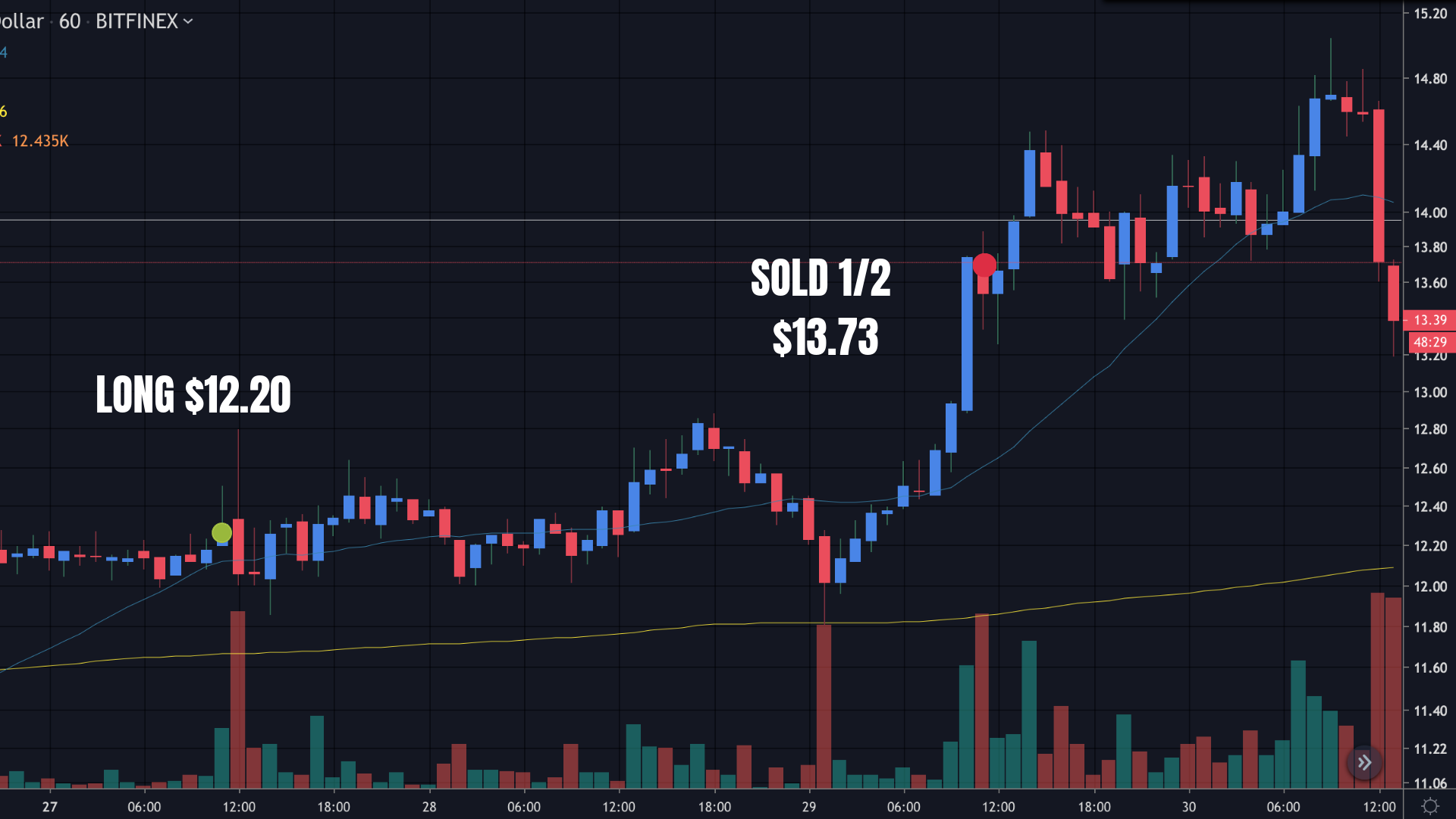 Here are screenshots of my entry and exit called out in our Cryptostreet chatroom:

The trade idea was for a swing trade. I was not expecting an immediate resolution. I know a couple of traders who were shaken out and missed the move. When trading cryptos it essential to have wide stops, and to stick to them. I sold half into the recent push towards the breakout area, just in case the break failed and completely reversed.

You can see on the daily that we didn’t get any follow through on the last push through $14. It looks like it was just a shakeout, as now we are grinding back up through the breakout level. I am still holding half my position for $15+ I think there is still more upside coming this week!

The crypto markets are finally seeing momentum and trend after months of a choppy, range-bound market. There are amazing opportunities in the market every week. If you are interested in joining the biggest community of crypto traders, check out our trading community Cryptostreet.