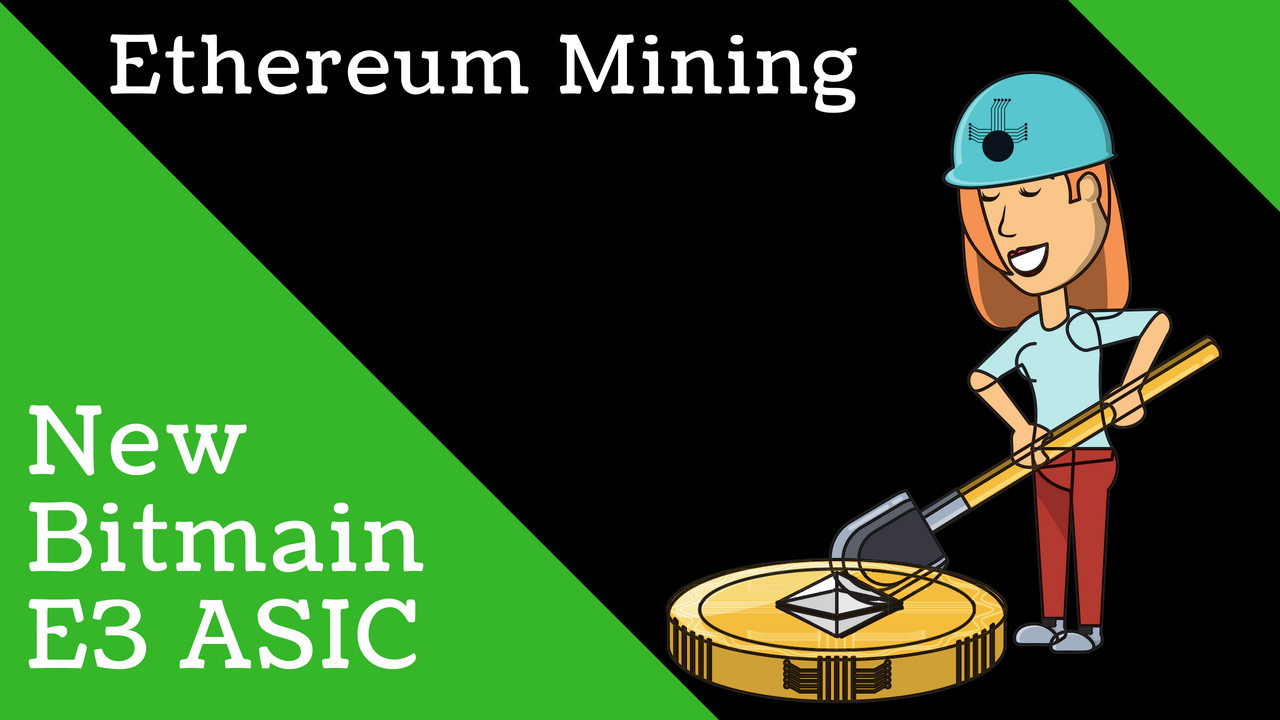 There has been a LOT of “horror” online now that Bitmain has built an ASIC to mine Ethereum. Prior to this announcement, the only way to mine Ethereum was using a GPU (video card) and run mining software on Windows or Linux.

Remember, Bitmain is basically the only game in town for Bitcoin, Litecoin, and several other ASIC mined coins. But now that Bitmain has “cracked the code” for Ethereum ASIC mining it is game over for home miners and mining will become impossible right? Well, not so fast.

As it turns out the E3 miner is basically nothing more than a stripped down GPU rig. All the advantages of the E3 are basically space savings – not actual mining speed enhancements.

At 180 MH/s the E3 has almost the same performance as a 6 card Nividia 1070 GPU Mining rig. The difference really is just the size of the rig – the 6 GPU rig takes up about 3 times the space of an E3 miner.

That is literally about the only benefit. If anything, the E3 miner is actually a more dangerous mining choice because it can ONLY mine ETHASH. The 6 GPU rig can mine significantly more coins and algorithms so it offers significantly more flexibility and a much larger profit window for the miner.

There was such a significant amount of dread and “this is the end of home mining” talk when this was first announced but it has turned out to be a lot of emotional reaction to something that is not really much of a threat. The E3 ASIC actually confirms that GPU mining is the best choice for home miners because that is what the E3 basically is – a stripped down and less powerful GPU rig.

My advice for all home miners is to avoid the E3 ASIC and just build your own GPU rig instead. It will be more profitable in the long run and will significantly lower your risk when investing in mining. Some ASICs are worth the investment – but the E3 is NOT one of them!

Learn how to setup your mining operation and earn passive income in this free on demand training with me. Click here for instant access.

Ryan aka Crypto Odin is the CEO of Omni Mining with facilities in Dallas, Texas and Iceland. He runs his own mining operation (Omnimining.com) where he offers rig leases, pre-built rigs, co-location services, and cloud mining. He is also a Blockchain Developer and is a frequent guest publisher and commentator on many leading Crypto Blogs and Websites.