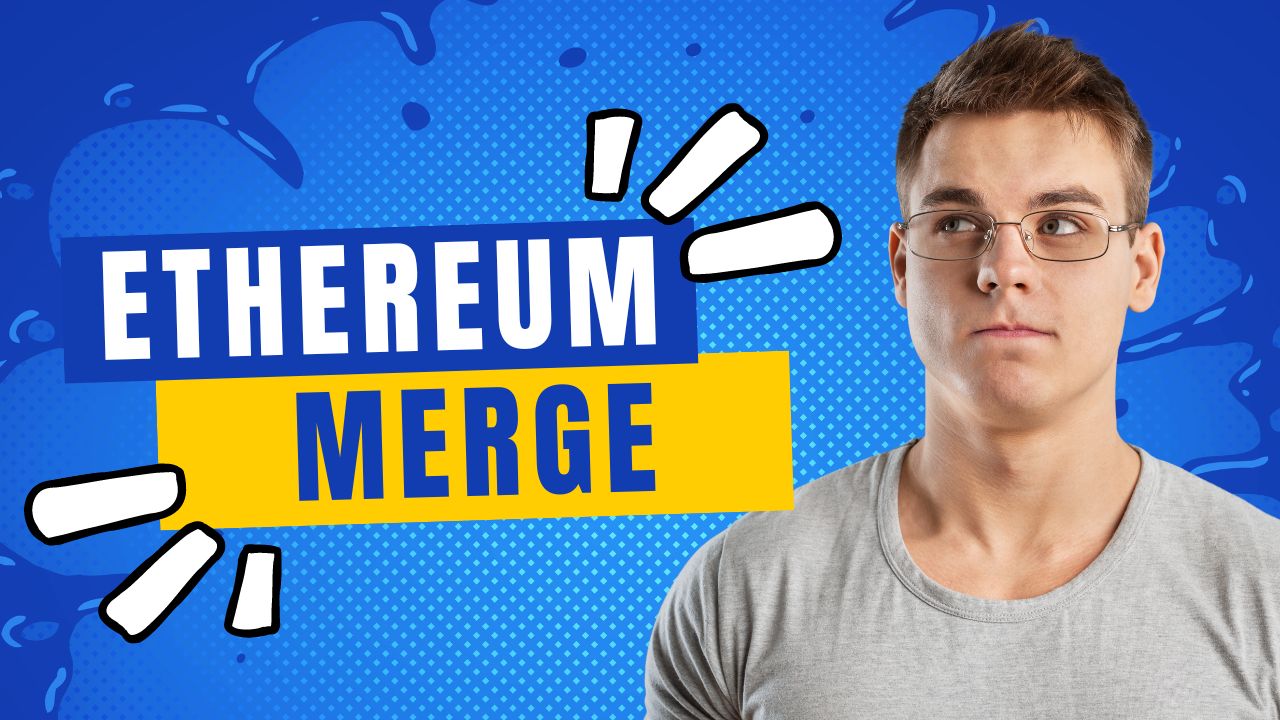 Ether is the second largest cryptocurrency based on market cap, and its underlying blockchain is about to switch its consensus mechanism from the original Proof of Work to a more environmentally friendly option, Proof of Stake. This switch is predicted to solve some nagging issues that Ethereum faces such as lack of scalability and sustainable consensus mechanism.

In 2022, the crypto market has faced some unprecedented events such as the crypto winter, the fall of the Terra network, and now, the proposed Merge. The Merge is expected to change the face of Ethereum and the crypto ecosystem. It is the final stage of the transition of Ethereum from PoW to PoS. This is the first of its kind because it is the first time that a commonly used chain will transition to another consensus mechanism.

What is the Merge?

Ethereum has made its decision to change its architecture to rectify the issues that plague the network’s users. The Merge is one of the events in the Ethereum 2.0 upgrade.

There are multiple stages that the network has to take to attain Ethereum 2.0.

The Beacon Chain is the Proof of Stake blockchain that Ethereum 2.0 will reside on when it switches from its PoW consensus mechanism. Before the Merge, this chain existed independently of the main Ethereum PoW chain, which is the mainnet. It has been live since December 2020.

This is the coordination mechanism of the new network, and it is in charge of creating new blocks. As a Proof of Stake network, the importance of validators can’t be overemphasized. They verify transactions and create blocks.

The next major stage is the Merge. Ethereum defines the Merge as “the joining of the existing execution layer of Ethereum (the Mainnet we use today) with its new proof-of-stake consensus layer, the Beacon Chain.”

When the Merge occurs, the Ethereum mainnet, which is a PoW network, will merge with Beacon Chain, a PoS network, and fully become a Proof of Stake chain. After it is concluded, Ethereum ceases its operation as a Proof of Work network.

Ethereum discloses that the Merge “will reduce Ethereum’s energy consumption by ~99.95%.” The end of Merge leads to a new stage called sharding.

Sharding will reduce congestion and transaction fees. This is one of the scaling methods available to blockchains. It is a partitioning method that divides larger databases into smaller bits that are faster and more efficient.

Why is Ethereum doing the Merge?

The Merge will herald the transition of Ethereum from PoW to PoS, meaning that the method of processing transactions will change.

In its foremost consensus mechanism, Ethereum depended on miners that solved complex mathematical puzzles before transactions were validated. This mechanism was replicated from Bitcoin. Though this may have worked, it has faced some issues.

PoW is critiqued as not being environmentally friendly. Secondly, the mechanism consumes large computing power, which centralizes its operations because only a few can afford it (this is up for debate). To reduce the risk of a single point of failure that is linked to centralization, it is crucial that Ethereum opts for a more decentralized consensus mechanism like Proof of Stake.

Ethereum is hosting the Merge event because of two major reasons, which will be discussed below.

The Merge is being held to herald a switch from the Proof of Work consensus mechanism to Proof of Stake. By embracing Proof of Stake, it means that Ethereum will switch from miners to validators. Validators verify transactions without having to use large computing power or solve any complex mathematical puzzle. Holders of Ether can delegate their tokens to the validator of their choice and earn returns.

Malicious validators may lose a portion of their stake or the entire stake through slashing. This prevents validators from colluding or verifying a malicious block.

Proof of Stake does not require complex and expensive hardware, unlike its counterpart. It also clamps down on electricity consumption, making it more energy efficient than PoW. The barrier of entry is reduced in Proof of Stake, thereby reducing the risk of centralization.

The transition is also taking place to improve the scalability of Ethereum. In recent times, Ethereum has been facing congestion, which has led to a low transaction speed and high gas fees. Minting an NFT on Ethereum during a congested period could cost as high as a few thousand dollars. Sometimes, profit from carrying out DeFi transactions on Ethereum is eroded by high gas fees.

A highly scalable network is one that improves its capacity as the activity on it increases. It scales in size as its frequency of usage heightens. This feature is absent on Ethereum 1.0, which will be rectified in Ethereum 2.0 through the Merge. The new version of Ethereum will be outfitted with shards that ensure that the network scales as the transaction activity rises.

When is the Merge expected to end?

Vitalik Buterin, the co-founder of Ethereum, mentioned that the Merge is expected to occur in August.

If history is anything to go by, the timeline announced by Buterin may not come to fruition.

The Sepolia testnet Beacon Chain went live in June, and it is expected to herald the coming of the Merge. On July 7, Sepolia was merged into the network. This was done to test the efficacy of the incoming Merge of Beacon Chain to the Ethereum mainnet.

An Ethereum Beacon Chain community health consultant on Twitter, superphiz, disclosed that there was no exact date for the Merge. He uploaded a screenshot of updated tentative dates for the Merge event.

This merge timeline isn't final, but it's extremely exciting to see it coming together. Please regard this as a planning timeline and look out for official announcements!https://t.co/ttutBceZ21 pic.twitter.com/MY8VFOv0SI

As a result of the tests and events that are leading to the Merge, it is difficult to pinpoint the exact date of the Merge but rumours have been circulating of a September date.

This is one of, if not the main catalyst to be watching in crypto right now outside of the macro environment in markets. If you’re looking to become more experienced in crypto trading and investing, check out our Crypto Bootcamp.