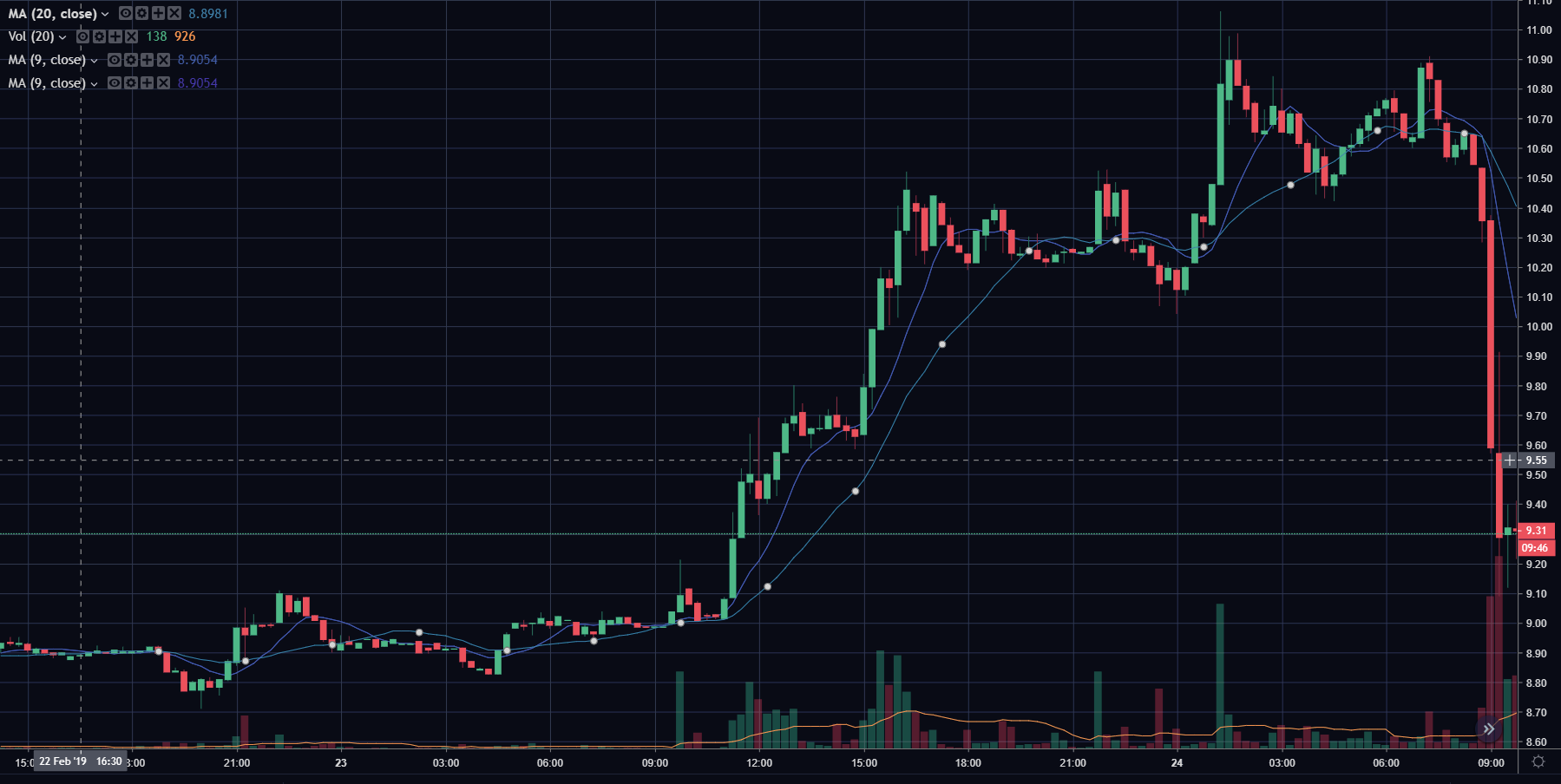 It has been a crazy week in the crypto markets. We saw a MASSIVE rejection in many cryptocurrencies on Sunday, after many looked to be breaking out. Before this stuff, we saw some sick momentum in the markets over the weekend and late last week. We had some great trades on NEO and some other altcoins in the Cryptostreet chatroom, and today we are going to breakdown our NEO trade for you: 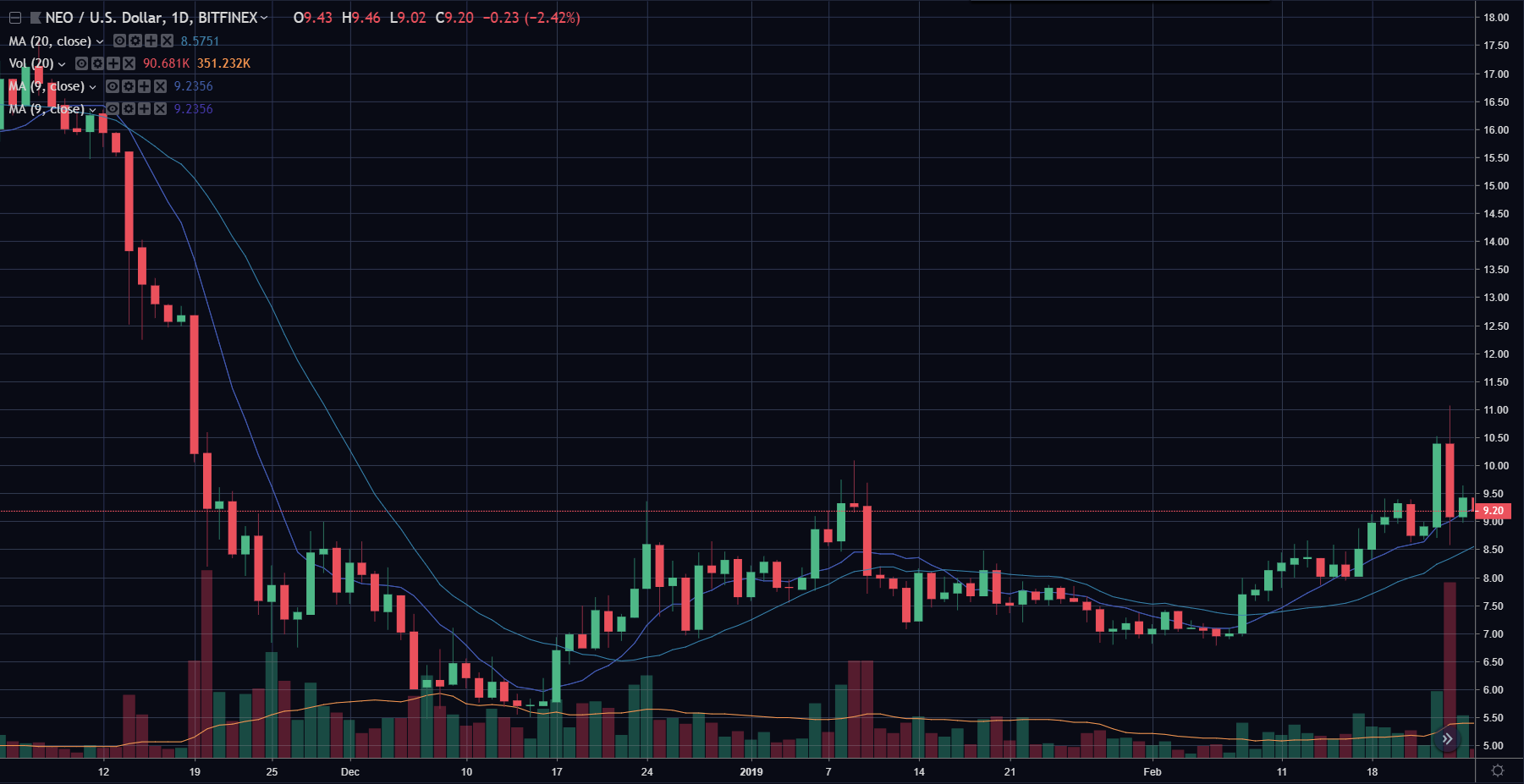 You can see how NEO has been consolidating and slowly grinding up since the turn of the year. After we pulled back to the $7 in early February we have seen a nice uptrend form. The over market has been strong as well, and we are starting to see some bottoming patterns form on several names. The thesis on my trade was to get long in anticipation of the test of the $10 resistance level on the daily chart. Once we got that pullback on the 21st and held the MA’s, I was on alert for intraday setup to get long.

Once we got that first push over the nearby $9.30 resistance area, my plan was to get long on a pullback. Once we saw all the volume that came in on the first push on Saturday morning, I was on watch for a pullback to get long. Cryptos will often retrace intraday after breaking out, so there is no need to chase strength. My first target was the $10 resistance area from the last push on the daily in early January.

I wasn’t expecting the breakout over $10 to hold for very long, as we are still not in the market conditions where a breakout like that would follow through. I unloaded 2/3 of my position at that resistance level, and my plan was to hold 1/3 for lotto in case it ended up following through.

Luckily I only had 1/3 of my position left when the big reversal started on Sunday. I also happened to be my computer to sell in low $10’s before it dumped all the way to the low 9’s. I sold all of my swing positions after we starting breaking intraday support levels on Sunday morning:

This trade is another great example of the power of scaling out of your positions. No one knows how high it will go, or if it will follow through on that breakout over resistance. But if you sell partial positions near resistance levels, you give yourself the opportunity to capitalize on a bigger move, and lock in some profits and not worry about it reversing on you.