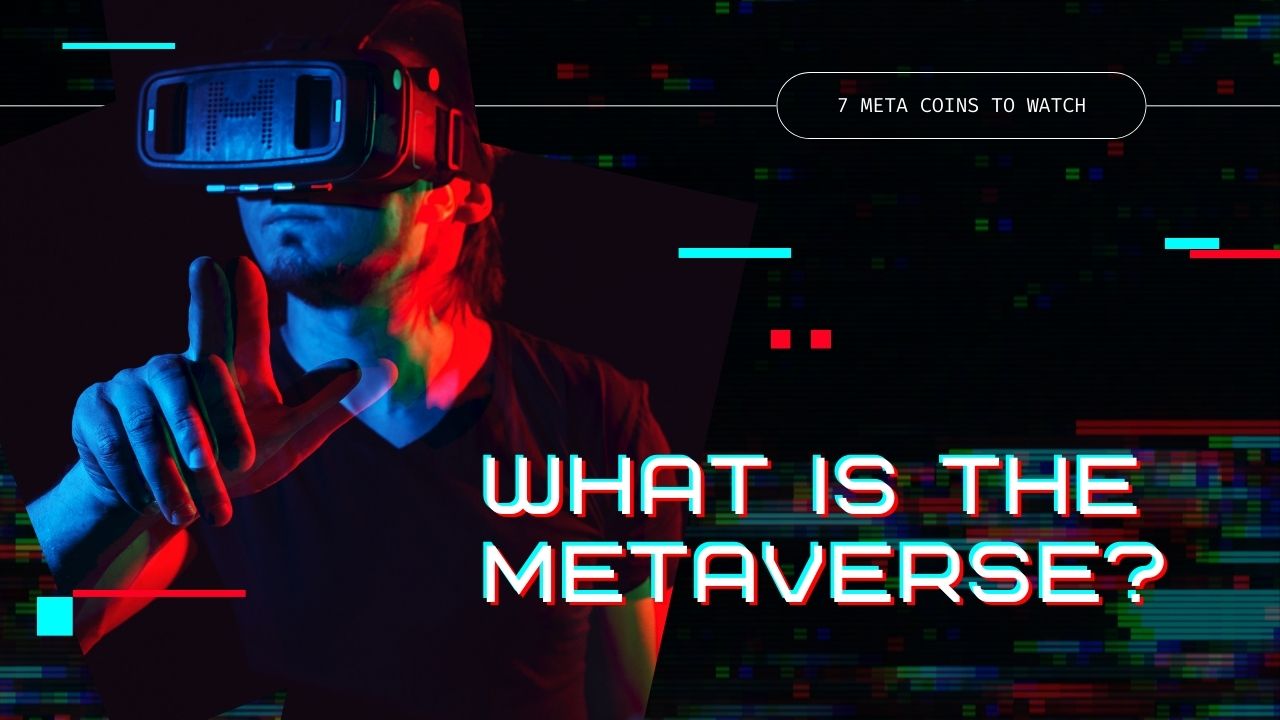 Metaverse is a term that is loosely thrown around recently, especially since the name change of Facebook to Meta. The history of the term ‘metaverse’ can be traced to a notable SciFi novelist, Neal Stephenson in his book- Snow Crash. He detailed a universe that was different from what existed. It was a 3D virtual space that could be accessed via goggles and terminals.

Stephenson’s conceptualization of the metaverse in his 1992 novel can be seen in the VR glasses like Oculus and even the scenery of games. Different crude examples of the metaverse exist from Second Life to Decentraland. A big issue with these examples is that they exist in isolation, which may defeat the concept of a metaverse.

People believe that the metaverse will not only be a realm for gaming activities. Users will be able to live their daily lives, head to the office, purchase items in the mall, hang out with friends and do much more.

How will the metaverse work?

Though some blockchain platforms are tirelessly working to create the metaverse, it won’t depend only on this type of technology to function effectively. It will be powered by varying technological systems like AI, machine learning, cloud infrastructure, hardware, and much more. The goal is to create a seamless user experience in whatever activity they wish to undergo in the metaverse.

In 2021, Facebook announced that it was undergoing a rebranding to change its name from Facebook to Meta.

Meta believed that the name ‘Facebook’ did not represent its underlying principles and aims because the company was more than a social media platform. It was involved in other activities that were not necessarily tied to the social network.

The rebranding attempt is designed to put the company as the face of Metaverse development. With the event, more people have become interested in the concept of the metaverse, and Meta has been mentioned in the discourse.

Another school of thought believed that the rebranding event was done to create a wedge between the social media aspect of the group to other brands in it. Facebook has faced numerous scandals in recent times from the Cambridge Analytica scandal to the Facebook Papers incident. The latter was brought to the attention by a whistleblower, Frances Haugen, where internal documents were disclosed to the public.

What are the top metaverse coins?

Axie Infinity is one of the leaders in the early metaverse development stages with its Play-to-Earn gaming system. Gamers get involved in various activities like breeding Axies and completing tasks.

In countries like the Philippines, some residents have taken to playing the game full-time. Some game guilds have been built around this gaming platform to offer scholarships or sponsorship to gamers.

AXS is the native token of the Axie Infinity universe.

Decentraland and its native token, MANA have been making waves. It is a virtual reality ecosystem that allows people to purchase land and develop. In the future, it is expected that the owners of the parcels of land will develop them and lease them to brands for advertisement. In the virtual reality platform, only 90601 parcels are available and each land had a size of 16 square feet. The position of the land determines its value.

The Sandbox is a virtual ecosystem that allows its users to monetize their experience as Non-Fungible Tokens and sell them on its Marketplaces. These NFTs created by gamers can also be incorporated using the Game Maker. SAND token is the native coin of this universe.

Users can build their customized 3D game with the Game Maker on the Sandbox, then publish and make a revenue stream from it.

Enjin is a gaming universe with a native token Enjin Coin- ENJ- that allows its users to buy and sell game items in the marketplace. With the utility coin, digital assets like medicine and weapons can be minted. Customization of game avatars is possible with the ENJ.

In the traditional gaming space, the control lies in the hands of the multi-billion dollar brands and not the gamers. Gala is a blockchain gaming platform that is designed to allow gamers to create digital assets and trade them. As the native token of the gaming universe, GALA allows its holders to vote on proposals, and purchase NFTs in the internal marketplace. These NFTs and assets can be used in the game.

Meta Hero offers its users a tokenization technology that allows them to convert their real-world assets into NFTs. Enthusiast can create their avatars and customize their experience with the Meta Scanner. With the utility token, HERO, people can purchase assets on the Marketplace, pay the transaction fees for scanning and earn royalties.

This is a platform that is building metaverse features for retail companies. Testing out an immersive experience for its users is one of the plans of RedFox. The ecosystem has two tokens, with the VFOX meant to offer rewards to users and RFOX utilized for purchasing land and digital assets.

Though Meta is currently one of the tech companies that are vying to create a working metaverse, several blockchain-based platforms seem to be winning the race. The latter has a crude working example of what the metaverse holds, especially in the aspect of gaming and avatar development. There is an intense struggle by companies to win the race because they stand to gain immense power and revenue stream from it.