There has been some incredible altcoin movers in 2017. There are hundreds of altcoins out there, so you have to be careful about the ones you trade. Many of them or pump and dump scams, or very illiquid. We have hundreds of eyes in our cryptocurrency trading chatroom calling out the biggest altcoin movers every day. Here are 3 altcoins to watch next year.

NEO has offered countless trading opportunities this year. NEO uses a unique blockchain algorithm that improves upon Ethereum’s model. While the basics still apply, it also supports decentralized commerce, identification and digitization of several assets. NEO also closes loopholes that have caused some Ether contracts to be vulnerable to hackers. 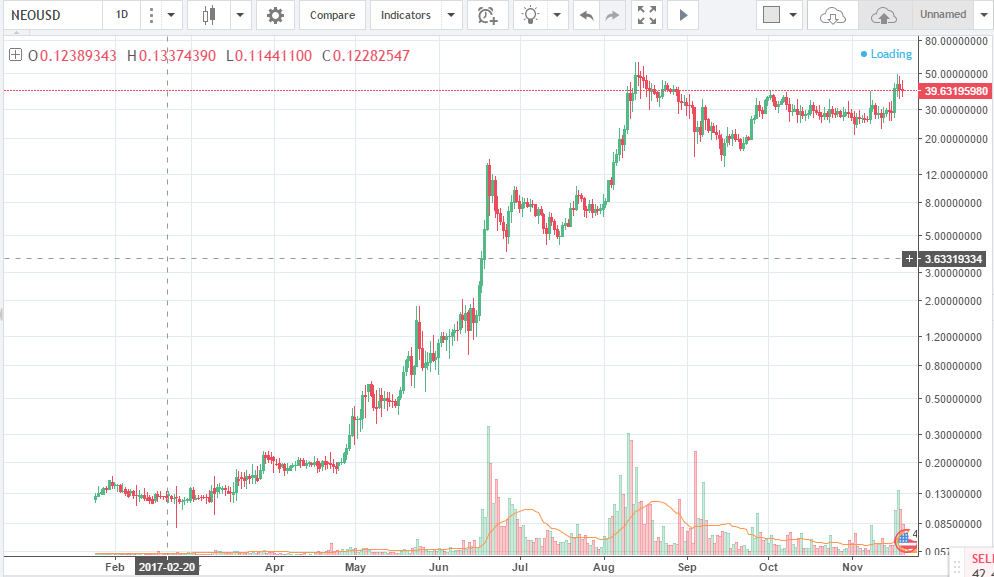 NEO has a strong daily with a great uptrend. It has been holding its gains as well, which is a good sign for taking swing trades on it. It’s giving a ton of range for day trades as well. A breakout over that 50 level would likely bring even more momentum back into this crypto.

Ripple (XRP) is a technology which functions as both a cryptocurrency plus also a digital payment system for monetary transactions. The cryptocurrency was co-founded by Jed McCaleb and Chris Larsen in 2012. 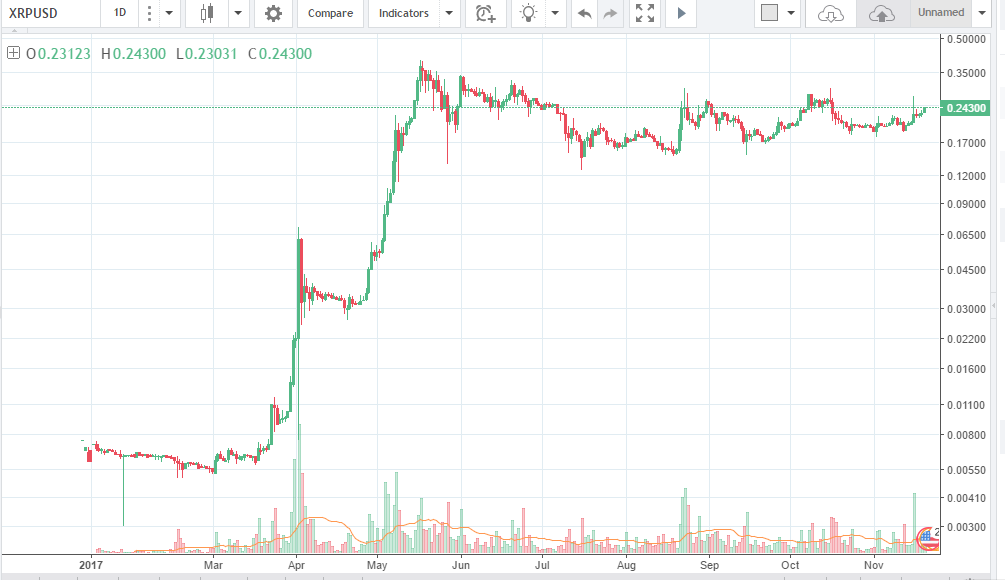 Ripple has a great daily trend on it also. It’s a cheap one, so you don’t want to go crazy with size. It has a very promising technology as well. It has been consolidating for 6 months in that .15 and .35 level, so it will be on watch for a break of the range for some momentum.

The EOS.IO software introduces a new blockchain architecture designed to enable vertical and horizontal scaling of decentralized applications. This is achieved by creating an operating system-like construct upon which applications can be built. The software provides accounts, authentication, databases, asynchronous communication and the scheduling of applications across hundreds of CPU cores or clusters. The resulting technology is a blockchain architecture that scales to millions of transactions per second, eliminates user fees, and allows for quick and easy deployment of decentralized applications. 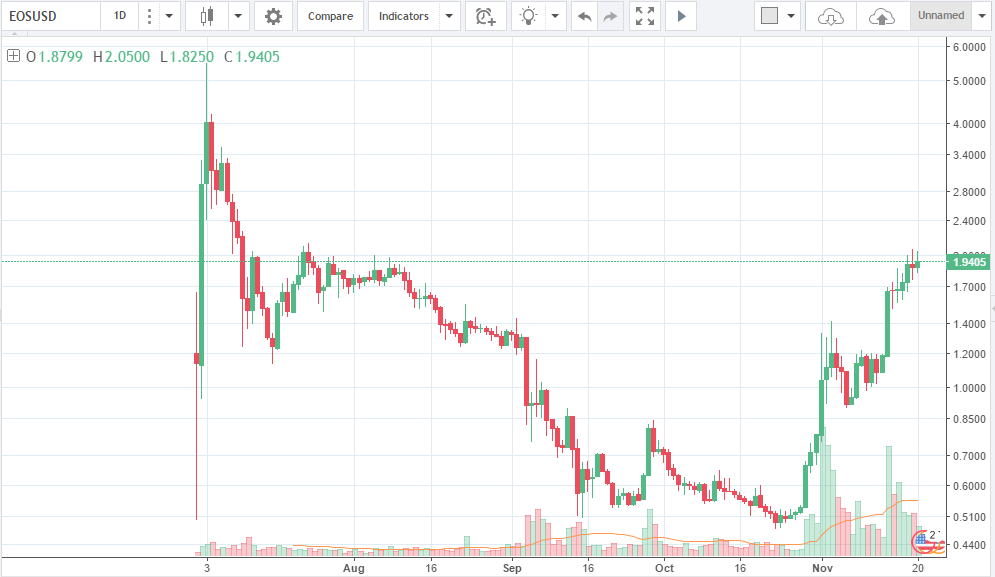 A little bit more speculative of an altcoin, but it has made some great moves in the past month or so. Not the greatest trend on the daily, but in the past month it has been making higher lows and catching some momentum. It has been holding trend since the end of October, so maybe we will get some more action from this one in the coming months.

Cryptocurrencies are an incredible new and exciting frontier in the financial markets. Study our blog to prepare yourself to capitalize on this huge opportunity.