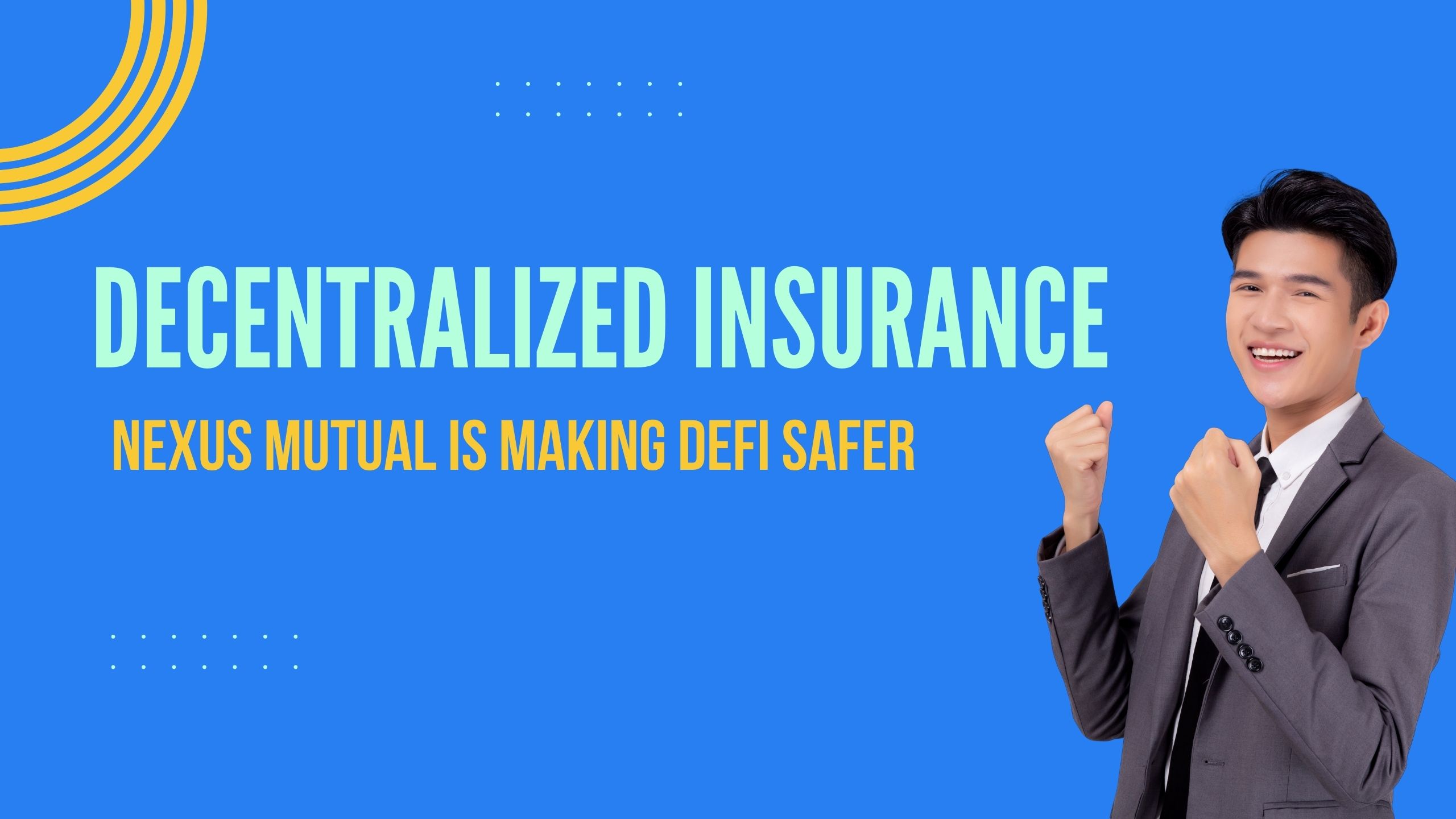 The DeFi space is quite lucrative with different protocols offering incredible functionalities like Decentralized lending, Automated Market Making, and much more.

With the wealth in this space, it is a target of hackers. It is common to see different types of exploitation in the DeFi space from smart contract exploitation to hot wallet hacks. DeFi has faced multiple types of attacks like flash loan exploits, rug pulls, and much more. The fact that the protocols were coded by humans means that there is a probability that a bug may exist in the code, giving hackers the leeway to exploit the system.

This is the reason there is an increasing demand for decentralized insurance services, which is something that Nexus Mutual offers.

What is Nexus Mutual?

Holders of the native token, NXM, can purchase a smart contract cover.

Is Nexus Mutual an insurance platform?

Unlike a strict crypto insurance platform, the community members reserve the right not to pay out on claims.

Nexus Mutual was created by Hugh Karp, a professional in the life insurance realm. Since its creation, the decentralized insurance alternative platform has entered into partnerships with multiple venture firms.

It is run by an advisory board that has the power to carry out duties to prevent malicious claims from being made on the platform. They can remove members and burn their tokens. This advisory board has one of the greatest powers that has ever been seen in a DeFi protocol.

What is the duty of a Nexus Mutual member?

Members are important in this decentralized insurance alternative platform, as they analyze the level of risk attached to every smart contract.

Second, if a smart contract suffers from exploitation, they participate in a voting session to decide if a claim is legitimate or not, and if a payout should be made. If after analyzing the scenario and a vote is done, and the members decide not to pay out on the coverage, a payout is not made.

Third, members are allowed to stake their tokens in some smart contracts. The amount staked in a smart contract is linked to how secure the members feel it is. This means that if members stake a high amount of tokens in a contract, it becomes easier for others to purchase the coverage. If a member stakes their NXM tokens in a smart contract that is attacked, they may lose a portion of their stake when a claim is made.

Fourth, members are allowed to purchase smart contract coverage. If a user wants to insure themselves against smart contract exploitation, they have to become a member.

Sixth, community members have availed the opportunity to submit governance proposals.  With the NXM tokens, they can submit proposals of changes that they want to see in the space. They are also allowed to vote on the proposals submitted by other members of the team.

Finally, holding this token means that the user is sharing risk with the other members.

How to buy a smart contract cover on Nexus Mutual?

For those that want to purchase a smart contract cover, they need to undergo a detailed process. Firstly, they need to become a member by purchasing the NXM tokens.

Second, they have to choose a smart contract that they want to cover, and the duration of the coverage. It is that simple. The user has to specify the smart contract address that they want coverage for before they can purchase a cover. They also have to disclose the parameters of the coverage like duration, amount, as well as the currency involved.

Third, they have to generate a quote, then buy the coverage by confirming the transaction on a crypto wallet. The payment has to be made via ETH, DAI, or NXM.

Fourth, new members are expected to pay a fee of 0.002 ETH, then carry out the Know Your Customer and Anti-Money Laundering (AML) process.

The price attached to coverage is determined by risk assessors.

What are risk assessors?

Usually, this set of members has to stake their NXM tokens in a coverage pool. The funds pulled by risk assessors are used in making payments when a breach occurs, meaning that they are incentivized to stake on those smart contracts that they believe are safe.

Immediately the NXM tokens are staked, they can’t be accessed until ninety days elapse. For being a risk assessor, the party is rewarded by a part of the commission paid by those that are asking for coverage.

How to make a claim on Nexus Mutual?

The claim process can be started by members when they believe that funds have been lost as a result of smart contract exploitation. They do not have to show that they lost personal funds to the smart contract attack.

At least 20% of the cover amount must have been lost before a valid claim can be made by a member.

Once a claim has been made, members start the claims assessment process by staking their NXM tokens. They can vote on if a claim should be paid or not based on the best interest of every participant involved such as the member making the claim, the other members, and the mutual itself.

What are the advantages of Nexus Mutual

Nexus Mutual is incorporating numerous features into the DeFi space.

For starters, it offers users access to smart contract coverage that reduces their risks. It is common to see DeFi protocols being hacked and funds ending up drained. This coverage offers a level of hedge to community members that their funds are being shielded. It is creating a haven for different participants such as project founders and users in a DeFi protocol that may have suffered losses linked to smart contract exploitation. A major aim is to inject sanity into the DeFi space.

Secondly, Nexus Mutual is highly decentralized. As a community-centric platform, the decision falls in the hands of people, reducing the chances of the system being manipulated to favor only a few.

What are the disadvantages of Nexus Mutual?

Nexus Mutual is satisfying a need in the DeFi space and filling a gap that has been left open for a while. Not minding this, it still possesses some disadvantages.

To begin with, Nexus Mutual is not a generalist insurance organization, as it caters only to smart contract failure. This means that users can’t have access to insurance covers linked to car damages and other aspects that are outside the crypto space.

Secondly, the payout events are quite rigid. The payout on Nexus Mutual is not caused by issues that are linked to the network being congested. If a phishing attack occurs, payment is not triggered. Nexus Mutual designed the system to ensure that third parties’ features like miners and oracles linked to the smart contract are not covered by the insurance package. Before deciding to get coverage, bear this in mind.

Thirdly, the decision of whether a payout is made falls in the hands of community members of Nexus Mutual. This means that the conditions of a payout may have been met, but it still has to go through the mutual members. If they do not assent, the payout may not be made.

Where can you buy the NXM token?

The NXM token is different from regular cryptocurrencies that are traded on crypto exchanges. Users can only buy it on the Nexus Mutual platform.