On October 25th, another fork in Bitcoin was announced. This is the second fork in Bitcoin, the first being on August 1st resulting in the creation of Bitcoin Cash. This new fork will result in the creation of Bitcoin Gold. This new version of Bitcoin involves the shifting of the hashing algorithm to utilize Ethereum’s installment, opening up mining capacities into consumer grade hardware, allowing everyday users to mine the new money. The goal of Bitcoin gold is to become a better gold compared to Bitcoin. The primary way they have resolved to do this is trying to resolve miner centralization via a proof-of-work shift. Bitcoin Gold is set to begin trading in December.

Use The Last Fork as a Guide

To prepare yourself for trading Bitcoin gold, you should carefully study the price action of Bitcoin Cash after it began trading in August. We will most likely have a lot of range and volatility in it once it starts trading December. Here is the daily chart of BCH for reference: 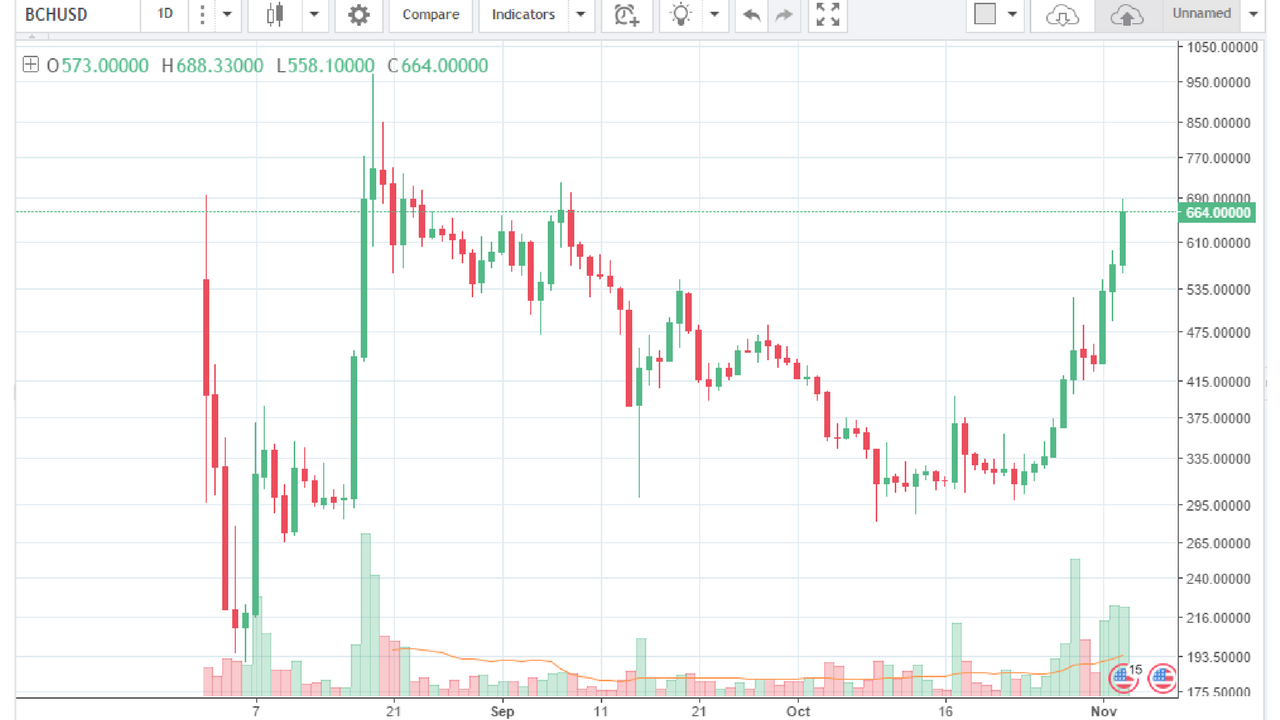 Due to the “.Com boom” kind of fevor behind cryptos these days, the obvious bias for Bitcoin gold will be to the longside. We see how BCH sold off hard for the first few days, and then rebounded strongly. We might want to look for a similar pattern in Bitcoin Gold. Even if you’re very bullish on it and you buy it as soon as it opens, it might sell off hard like BCH did and you will be underwater fast. This is why you want to study the BCH chart closely. Be sure to size appropriately to the range. On ICOs in their early days it is especially important to have discipline and risk management, as they have the potential to end your trading account if you’re caught on the wrong side of a trend.

If you’re a stock trader you have probably seen an IPO before, and you know how they trade. They’re incredibly volatile for their first several days after they begin trading. Since there is no chart history, it is hard to predict where an IPO will go. It is the same issue with Bitcoin Gold. You don’t want to be buying or shorting an ICO or IPO as soon as it starts trading. It is better to wait several days for some consolidation, higher lows,and an obvious trend. If you’re a new trader, it is best to stay away from ICO’s and IPO’s altogether, especially if stubbornness is a major issue in your trading.

Cryptocurrencies are an incredible new and exciting frontier in the financial markets. To prepare yourself to capitalize on this exciting new opportunity, check out our Cryptocurrency Trading Chatroom

Here is the full length webinar on Bitcoin Gold: