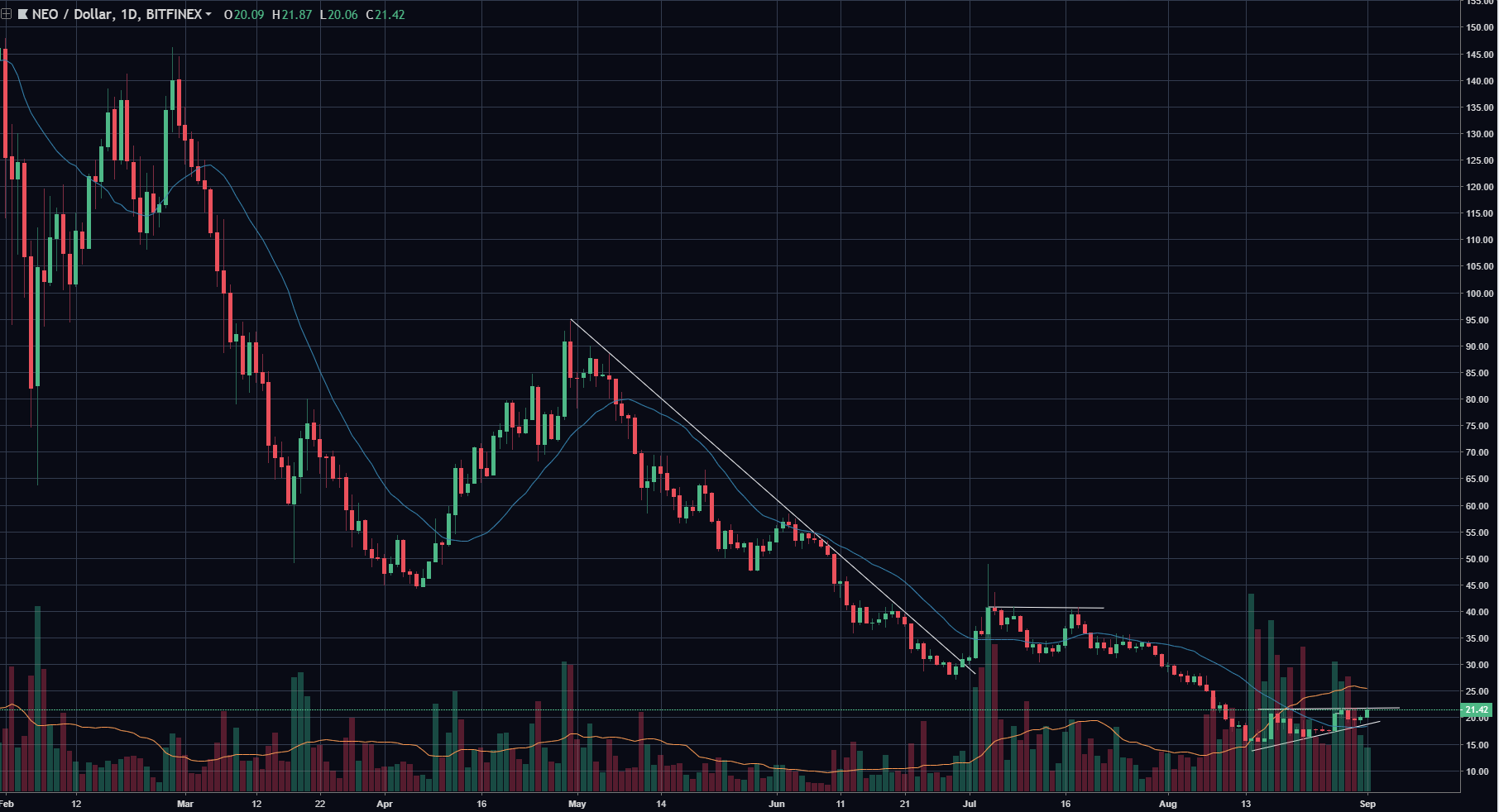 Altcoins have really been taking a beating the past month. Many altcoins, including major altcoins like NEO and ETH, have been down as much 50% since August 1st. Many of them have been getting extremely oversold, so we have been looking to bounce them. The past few weeks have finally shown some signs that a short term bottom is in, and we starting to see some signs of a bounce coming. There were several signs on NEO’s daily chart that a short term bottom was in:

You can see how over sold NEO’s daily was in the middle of August. It had fallen from $35 a coin to as low as $14 in just a couple of weeks, without any kind of meaningful bounce. At around August 13th there was a huge amount of volume that came in on that green hammer candle, indicating that the selling pressure was drying up, and that shorts were scrambling to cover their positions.

We weren’t sure whether this was just a bear flag, so I waited a few days to see what NEO would do after having the big push on August 17th. It could’ve been just a dead cat bounce, and then fade off again.  Oversold markets can always become very oversold markets, so we thought it was best to wait for a bit of confirmation. Once we started to see some signs of a higher low being put in, it got us on radar for a long trade, as we got confirmation that a temporary bottom was likely in. 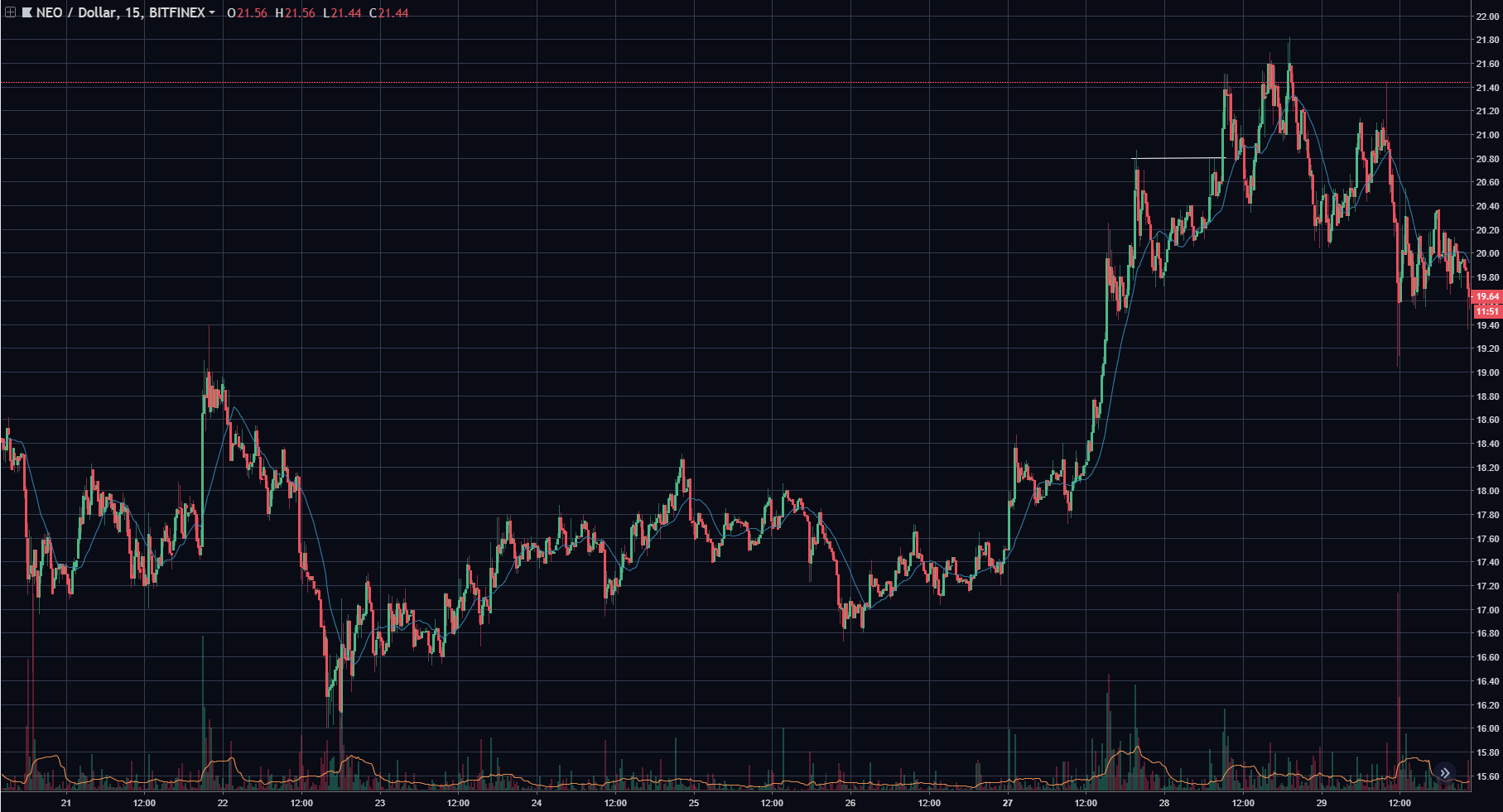 NEO got on my radar for an entry after it broke out of its tight range it had been stuck in from the 24th-27th. The big push on the 27th was a major sign of short term strength in NEO. My thought process was that NEO would have a nice pop when it broke through the $21 resistance level, the level from its first bounce earlier in the month, which it had already tested a few times before. Once I saw it flagging and testing that level a few times on the intraday chart, I got long at 20.80 anticipating the daily breakout:

We didn’t see the best follow through, likely because it had just ran from 17’s to the 21’s in just a day. I still managed to peal off a few profits before it came back and hit my stop loss at my buy price. I would’ve liked to see some better follow through on the break of $21, but at least it was a winning trade. In the current market conditions I am always quick to take profits and move my stop loss to my buy price. The markets are a bit choppy now and altcoins are known to quickly reverse on you.

NEO pulled back and made another higher low on its daily the past couple days, and it just broke over the $21 resistance level again. If we get over the $22 high from the last run, we may see push up to $25 in the next coming weeks. Keep NEO on your watchlist for the first couple weeks of September.