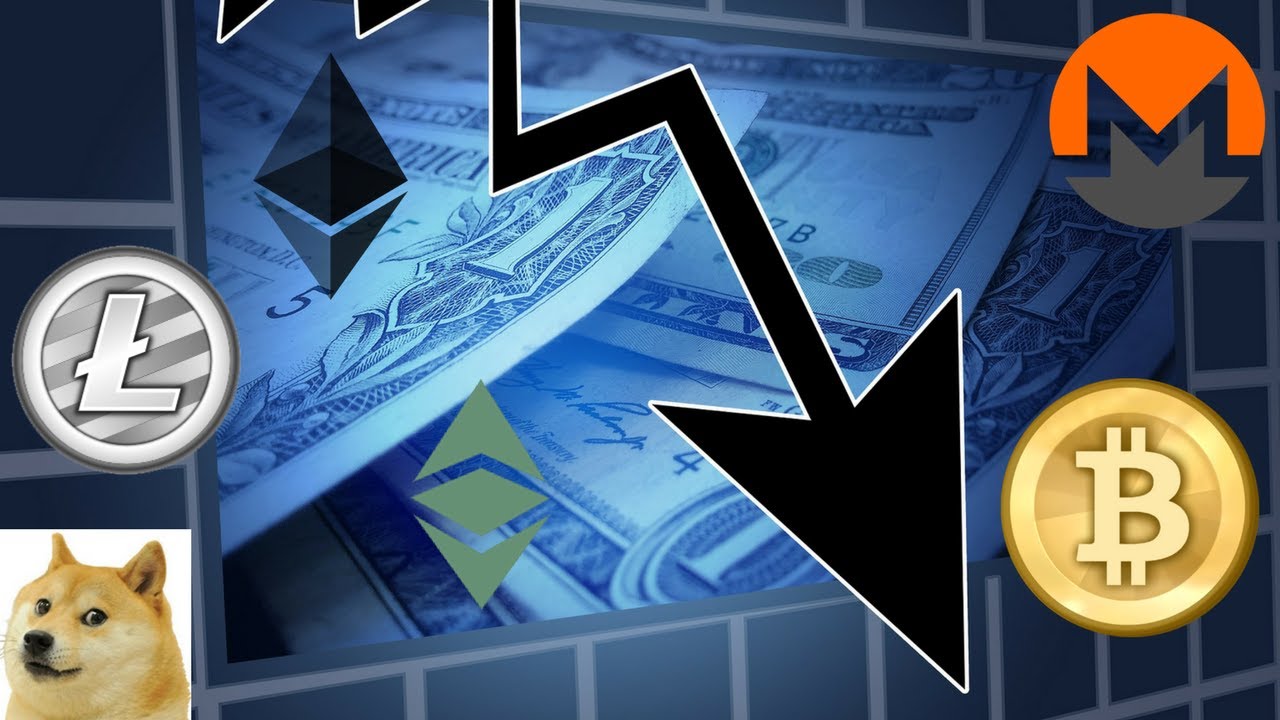 It was truly a bloodbath in the cryptocurrency markets the past couple days. Almost every major cryptocurrency completed roughly a 50% retracement in around 48 hours. This has unnerved many cryptocurrency HODLers. So what does this massive drop mean for the trend of cryptocurrencies in 2018? Let’s start by looking at the fundamental catalyst behind the drop.

The Catalyst For The Drop

Talks of government crackdowns have been identified as the catalyst behind the huge drop in cryptos earlier this week. After banning cryptocurrency exchanges in 2017, China is cracking down on other venues/exchanges for the trading of cryptocurrencies. According to this Bloomberg report, “the government plans to block domestic access to homegrown and offshore platforms that enable centralized trading.” But the report does not provide a proper definition or provide examples of such platforms. South Korea had threatened to ban cryptocurrency trading last year but backtracked from its stance on Sunday. However, In a radio interview on January 15th, the South Korean finance minister said shutting down cryptocurrency exchanges was still an option but that it needed “serious discussion” first.

This is the first time we have seen a crash in cryptocurrencies in the past year that has continued for longer than a few hours. We saw an initial crash on the 16th, a small bounce, and then a continued landslide on the 17th. We saw a similarly sized crash on December 22nd, but it only lasted a few hours. This crash resulted in even more panic selling, as many people likely tried to bounce the initial crash on the 16th and found themselves underwater.

Despite the big crash in all the big names, we have seen a strong rebound. Almost all of the major cryptocurrencies have bounced around 20-30% off their lows from the recent crash. Not only did all the cryptocurrencies have a strong rebound, but they’re holding up in the middle of their ranges. This is a decent sign of strength in all the names given the duration and size of the recent crash.

Next Few Weeks Are Crucial

Now that the bounce has happened, all the major cryptocurrencies are consolidating in the middle of their range between the lows of the recent crash and their highs. There is no clear trend now. The next few weeks will be key in determining the trend in these names for this year. Cryptocurrencies that don’t hold up in their ranges will probably not test their recent highs for a while (a major sell signal). Cryptocurrencies that break over their high from January 18th may resume their uptrend and test their former highs.

Whatever happens, be sure to respect the price action of whatever the cryptocurrencies you own are telling you. The reality is that the majority of the cryptocurrencies are up 100’s of percent from the past year will not be anywhere near these levels in 5-10 years. No one knows which cryptocurrencies will make it, so you cannot get too biased by a company’s story and fundamentals.