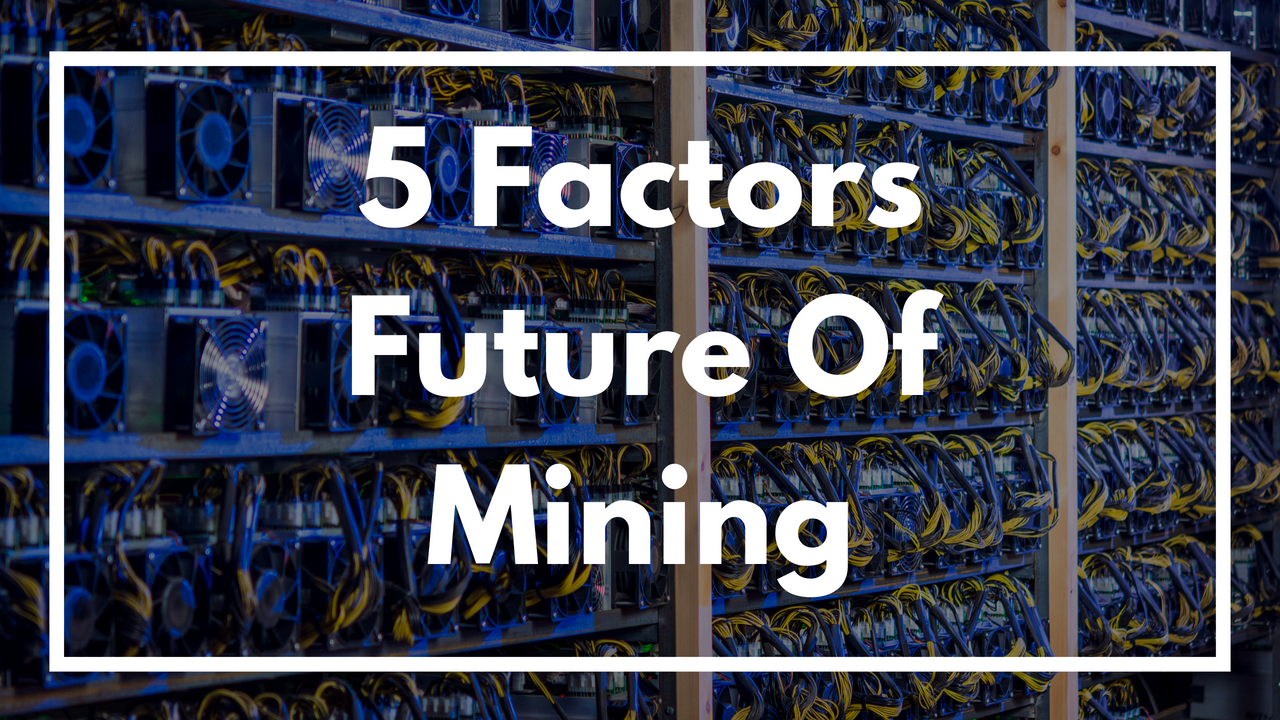 At the end of 2017 Mining hit the “all time high” for profits. Of course, Crypto assets have sold off in the first 6 months of 2018. Mining profits are also down some in the first half of 2018.

Will the down trend continue?

The answer to that question has many factors, let’s examine each one and its impact on mining profits.

Mining profits are always impacted by the value of the coin they are mining. So, Bitcoin going from $18k area to $6k area does not help the bottom line of miners. However, it is not just that simple because of the second factor.

This is where miners significantly benefit from a fall in price (the bigger the fall the more they benefit). Because many areas of the world have expensive electricity when the value of the coin drops they generally shut off or sell their mining rigs (either GPU or ASICs). This in turn lowers the difficulty levels and the remaining miners get MORE coins as a result.

This is one main reason that you always want to mine where power is cheap. You have a massive edge over most other miners when your power is cheap. This is what we do at Omni with our operations in Texas and Iceland.

Crypto Growth is not the same as the price of the coins themselves. It is about the growth of the industry as a whole. Blockchain is booming around the world with tens of billions of dollars being invested and that number is likely to soar in the coming years. From Tech Giants to small banks to hospitals and schools. Everyone is investing in blockchain. This boom is also very good for the long term health of the entire Crypto Universe. The more people becoming involved the better for everyone, especially miners and developers.

Regulation is a bit of a wild card on all Crypto Assets. Some of the countries of the world see Blockchain and Crypto as the future and fully embrace it. Others are trying to ban it. Yet others banned it and then unbanned it.

Regulation is NOT bad for any industry. It gives rules for operating a legitimate business rather than being a free for all type of scenario.

Right now, I do not see a scenario where Blockchain is banned in the vast majority of countries. Outside of some smaller nations or ones controlled by oppressive regimes I would say Crypto has a very good shot at being regulated but being ruled legal to use and develop (for the countries that have not already ruled this way).

The biggest risk of course is the fact that this opinion could be wrong and say Bitcoin is banned in the United States or something of that nature.

Again, I feel a ban in major developed countries is very unlikely. Especially since multiple G20 nations now support Futures trading on Bitcoin or some other regulated securities product tied to Bitcoin. Once you get those kinds of products on the market it is typically very difficult to then rule that product is illegal.

In the short run, regulation and regulation rumors could be a negative as people trade based off headlines and do not always think about the long run benefits of regulation in the Crypto Universe. For example, South Korea regulators ordered Exchanges to halt new accounts until they improved transparency and improved security. Bitcoin sold off over $750 on that news. However, if you think about that, there is nothing actually negative in the long run about that. Wouldn’t you want them to have the best security so your coins aren’t stolen? Wouldn’t you want them to know who is trading so bad actors do not come in and ruin it for everyone? This is a good example of a short-term negative actually being a very good long-term benefit of regulation.

Impact: Short term: Mixed Bearish and Bullish (depending on the headline) and Long Term Bullish

The reason price outlook is fifth is that there are so many wild predictions about the value of Crypto. You have some people saying Bitcoin could easily be worth $10 million per coin by 2025. Others say it will be worth zero. And of course, you have every forecast price in between.

My personal view as a Miner, Crypto Trader, and Blockchain Developer is that 2017 was a bit ahead of itself. There was a lot of hype that lead to a massive price spike. The true value of Blockchain has yet to actually be unlocked. This is both good and bad as I do not think Bitcoin in 2018 will take out the all-time high, though if the SEC approved an ETF Fund that may change my outlook. However, I do feel that towards the middle of 2019 you will see the tech impact of blockchain and the big rally everyone has been waiting for start to occur. This is why I am mining so much more now than I was in 2017 (by buying even more equipment for me personally but also for Omni Mining clients). The rally that is based off the value of the technology will be far stronger and much longer lasting than the rally based off of the hype.

The Internet rally in 1998-2000 is a good comparison. Everyone bought every stock that had a “Dot Com” in it in 1999. Much like everyone bought Crypto in 2017 because it was cool. The hype was ahead of the technology. But as we saw after the crash in 2001 thru 2003 the technology of the Internet was very real, just like the technology of Blockchain. Slowly but surely the real winners came out… Amazon, Google, Facebook, Netflix, Microsoft, etc. The tech world is actually FAR bigger and FAR more valuable now than it was in 2000. Blockchain will likely behave in a very similar fashion.

Impact: Very Bullish (though that is just my educated opinion)

So, what is the grand total of all of these factors?

Very simply put you have short term pressures and long term bullish potential. The price drop has discouraged people from getting into Crypto. Much like the housing crash caused many people to not to want to buy a home. However, price fluctuations are nothing new to Crypto (or any asset class really) and are nothing more than a short-term pressure at best.

Look for 2018 to be a water shed year. Where the price of Bitcoin and the Altcoins may not go back to all time highs but the regulatory framework gets solved, big institutions setup the ground work for getting into Crypto and a lot of blockchain developments start to bear fruit. These elements are far more important in the long run than if Bitcoin gets back above $10,000 or $12,000.

Overall, I am VERY bullish on Blockchain and Crypto going into the end of 2018 and into the beginning of 2019. Bitcoin at $6,000ish will likely look like a steal by the end of 2019. Thus the profits of miners are likely to soar into the future, now is a GREAT time to be miner!

Learn how to setup your mining operation and earn passive income in this free on demand training with me. Click here for instant access.

Ryan aka Crypto Odin is the CEO of Omni Mining with facilities in Dallas, Texas and Iceland. He runs his own mining operation (Omnimining.com) where he offers rig leases, pre-built rigs, co-location services, and cloud mining. He is also a Blockchain Developer and is a frequent guest publisher and commentator on many leading Crypto Blogs and Websites.