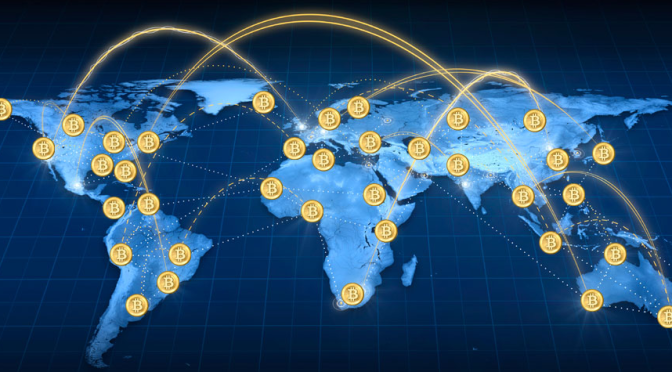 Cryptocurrency has been around for almost a decade now, but it only recently came into the limelight on major media news outlets in 2017. The hype behind Bitcoin started as people began to realize its potential to resolve huge inefficiencies in the banking and currency space. A common question people have: What problems does Bitcoin solve, and why is blockchain technology such a big deal? Let’s discuss what problems Bitcoin can solve and why cryptocurrencies, in general, are so revolutionary.

Top 6 Problems That Bitcoin Solves in the World

Problem: Banks have a ton of control and can basically do whatever they want with your money. There are countless examples of bank corruption throughout history. In India for example, there was a huge issue of state-run banks “running up the exposure of up to 70 billion rupees in respect of an airline company without appropriate credit assessments and against inadequate capital.” Because of the bank’s imbalance of liabilities and assets, numerous individuals lost money stored in the bank because the bank gave all of their money to non-credit worthy investors.

Solution: Bitcoin and other cryptocurrencies cut out the middleman. Bitcoin, Ethereum, and some other altcoins can function and operate without a single point of failure, which hackers could potentially target.You can actually own currency that no one else has access too. Cryptocurrency significantly reduces the need for banks as a place to store your wealth. It also protects you from banking corruption, which is a major issue in developing countries.

Problem: Governments can print money whenever they want. This can create huge problems with inflation as money can be made out of thin air with no real value. Look at the situation in Venezuela right now: 18,000% increase in inflation in the past two months, and the government is continually printing currency in an attempt to cover the government’s massive budget deficit. Inflation is estimated to continue to rise.

Solution: There is a finite amount of Bitcoin in circulation. The number of Bitcoin that can be brought into circulation exponentially diminishes due to the nature of the mining process. No one is in control of the Bitcoin supply. This means that supply is much more stable, and inflation is a much smaller issue with it.

Problem: Corrupt governments can interfere with private banks, and their citizens cannot really do anything about it because they have nowhere else to put their money. They can liquidate their money and keep their savings in cash but is obviously very dangerous and inconvenient to transport. In 2017 for example, Saudia Arabia cracked down on private bank accounts and froze the accounts of businessmen.

Solution: People in countries with corrupt governments can hide their crypto ownership from corrupt governments. As long as you keep your private key hidden, no one else can access your cryptocurrency that you own. This will give people more power over their own wealth and more financial freedom.

Solution: Cryptocurrency transactions can take a matter of minutes and seconds to exchange currency internationally. The average Bitcoin transaction takes around 78 minutes, while other cryptocurrencies like Ripple can be as fast as 4 seconds. This recent study found that 70% of the banks sampled said that blockchain would greatly reduce the time and cost of international payments.

Problem: People with no ID or proof of existence can’t own anything. Many developing countries have an issue with people who cannot get their identities formalized by their government, and as a result, cannot purchase property and other things of value.

Problem: Numerous developing countries are known for fraudulent transactions with credit cards. Their relatively new, internet-based economies have huge issues with fraud, due to lack of cybersecurity infrastructure. Even outside of developing countries fraud is becoming an enormous issue. A recent report states that “In the first quarter of 2018, researchers registered more than 150 million rejected transaction, indicating online fraud is soaring; the figure represents an 88 percent increase from the same period in 2017.”

Solution: Crypto cannot have fraudulent transactions. Since every transaction in a cryptocurrency is verified in a blockchain and every owner has their own private key, cryptocurrency fraud is almost impossible. So much time and resources of governments could be freed up and devoted to non-fraud related issues if cryptocurrencies became a widely accepted payment method.