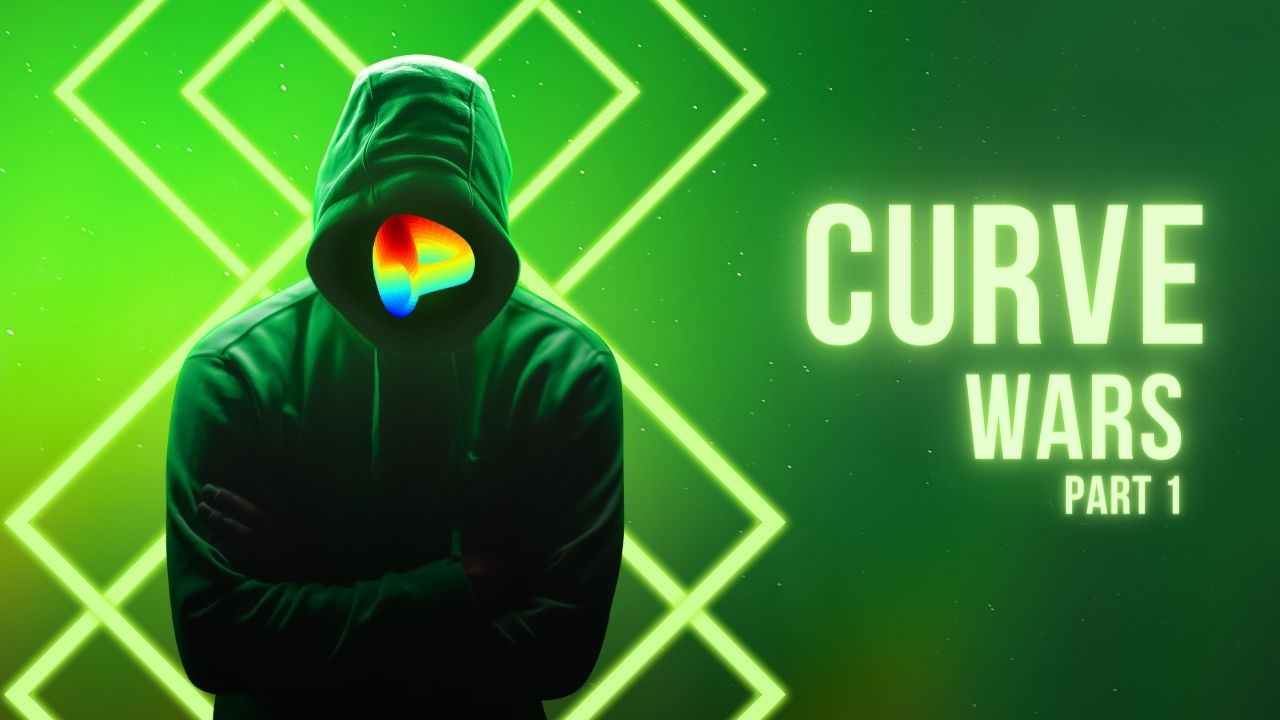 As of writing, Curve Finance is the second largest protocol in all of DeFi, with a TVL (Total Value Locked) of $14.43 billion. CRV has been gaining a lot of attention as of late due to what is referred to as the “Curve Wars”.

What does all this mean? In this Curve Wars series, we will get into it all and explain why exposure to the Curve Wars is likely to pay off.

Curve is a decentralized exchange similar to Sushiswap or Uniswap. The difference with Curve is it focuses on stablecoin swaps, offering deep liquidity for anyone looking to swap stablecoins with low slippage.

The most important thing for a stablecoin is to keep its peg to the US dollar. With Curve’s deep liquidity and low slippage, it is the best option for stablecoin protocols to grow trading volumes and keep its USD peg.

Why would anyone need to swap between stablecoins?

There could be many reasons, however mainly to take advantage of higher yields offered by different liquidity pools. Below are different pools offered on Curve and you can see different ones require different stablecoins. So if one has a higher yield that a certain fund wants to deploy capital to they will need to be able to easily swap stablecoins with little to no slippage.

Many yields in DeFi are attractive to investors, funds, and institutional money because they’re much higher than going to a bank or traditional financial institution.

How does a new Stablecoin attract Curve users?

As mentioned above, investors like Curve for its higher yields. In order to pay those yields to investors that provide liquidity to the pools, Curve rewards them with trading fees and new CRV tokens that are minted daily. There is a set amount of new CRV released each day. Those CRV tokens are used for governance on the Curve network to decide which pools receive new CRV tokens released. The more CRV you have staked, the more governance tokens you have, and the more authority you have when voting on the flow of new CRV tokens.

This is step one of what is known as the Curve Flywheel.

Let’s say a new project (Project A) is looking to increase liquidity and make their peg to the USD stronger. In order to attract liquidity providers, they need to incentivize them to put their stablecoins in Project A’s pool. They do that by offering them higher yields than other pools. In order to do that they need to control the flow of CRV tokens by controlling supply and voting for daily CRV rewards to go to their pools.

Now, imagine hundreds of projects competing for control all at the same time. Welcome to the Curve Wars.

How exactly does this work?

Curve uses something called The Gauge to determine which pools get the CRV rewards. It works on a relative weight basis. In order to be able to vote, CRV holders need to lock up their tokens for up to 4 years. In return, they receive veCRV (Vote Escrowed Curve) and those tokens are used to vote.

The locking period for Curve holders is also a benefit because it creates less sell pressure on the CRV price. Any CRV that is locked up cannot be accessed and therefore cannot be sold on the market. The more supply locked, the less sell pressure on price. Currently around 50% of all CRV is locked for 3.64 years and over 90% locked in total. Clearly, CRV holders have a high appetite for staking their tokens.

You can view the gauge weight here.

In the next part of this series we will go into Convex, Votium, and the deep underworld of bribes.