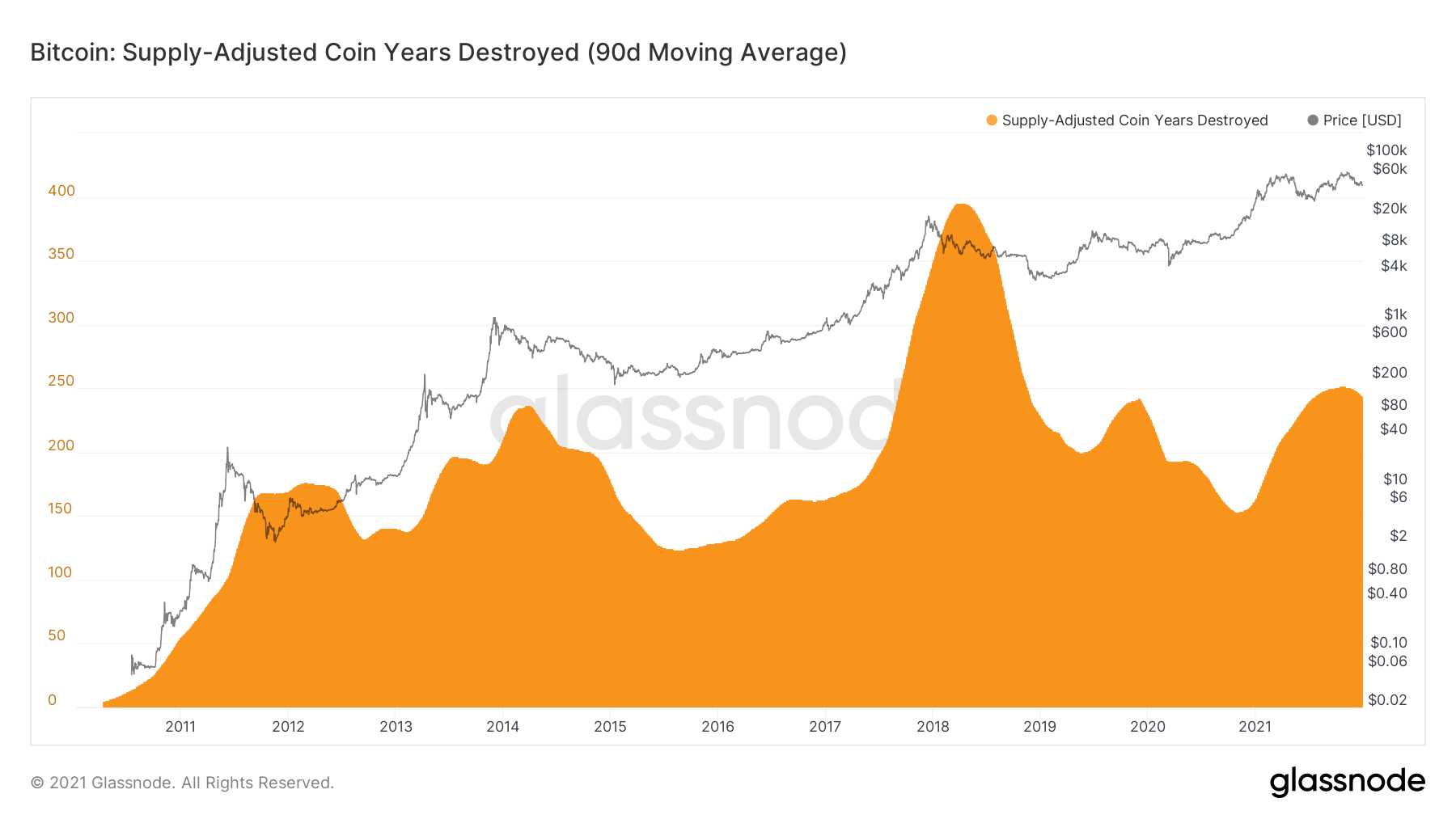 Bitcoin Days Destroyed (BDD) is the amount of days erased from a UTXO once that Bitcoin has been moved to another address. Coins that have been in the same address for a long period of time and then moved carry more weight then coins from short-term traders that buy and sell frequently.

For example, one Bitcoin has been in the same address for 100 days. Therefore it currently has 100 Bitcoin days. On the 100th day it is moved to a new address. 100 Bitcoin days have now been destroyed.

Coin Years Destroyed (CYD) is the rolling sum of BDD (or CDD) over a 365 day period. It shows the amount of coin days destroyed over the past year. This metric is a newer one from Glassnode and is meant to get a better idea of the sentiment of longer-term holders. CYD is supply adjusted to account for the increasing amount of BTC.

As CYD trend upwards, it shows us many older coins are being spent which indicates long-term holders are selling. As it trends down, it shows us holders are accumulating. Looking at the chart above we can see the relation this metric has to price tops. This also aligns with previous analysis, that as the bull cycle continues more short-term buyers are buying coins from long-term holders. As we know, short-term buyers are more flaky and prone to sell under pressure or for profit taking which causes price crashes after parabolic moves.

The trend is currently rounding down, however it is only around the 2014 level and well below the 2017 level. Since the network is a lot older now, holders have had more time to accumulate coin days. Therefore, if long-term holders were selling in large quantities the trend should be a lot higher then 2017 (similar to 2017 to 2013). Since it’s still well below, this tells us there is likely more bull cycle left or this cycle is a lot different.